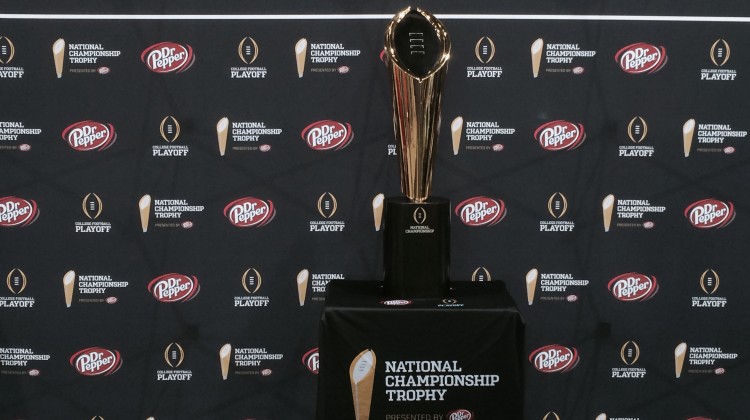 After both arrived in style Friday afternoon the Alabama Crimson Tide (13-1) and Clemson Tigers (14-0) descended on the Phoenix Convention Center for media day Saturday morning as both teams count down to Monday night’s national championship game at University of Phoenix Stadium in Glendale.

The entire teams and coaching staffs spilled into the stadium-like area where CFP Playoff Fan Central visitors could watch the event from temporary bleachers which overlooked the media event.

Both teams come in red-hot after the Tigers storming past Oklahoma in the Orange Bowl, while Alabama completely dismantled Michigan State in the Cotton Bowl. The match-up also features young, energetic Dabo Sweeney against the polished, championship-tested Nick Saban. Clemson is hoping to have All-American defensive end Shaq Lawson back against the Tide. The 6’4″, 260-pounder sprained his MCL against Oklahoma and has been practicing on a limited basis before the Tigers arrived in Phoenix. The Tide have been strong defensively but have been susceptible to deep completions outside the hash marks which is good news to Tiger quarterback DeShaun Watson who throws on the most accurate deep balls in the country.

Kickoff Monday evening is set for right around 6:30.