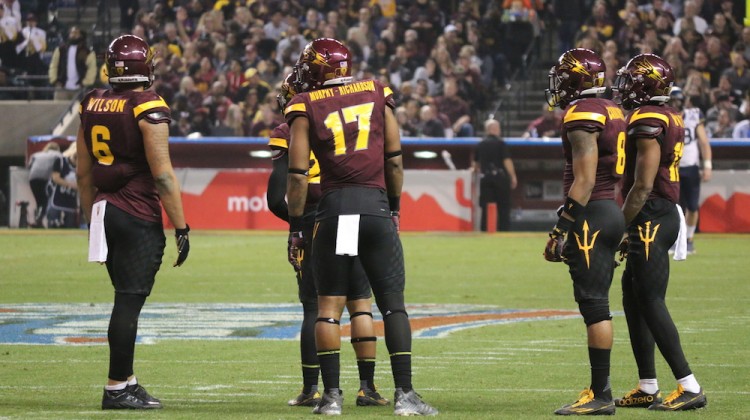 He has had to deal with that a bit more than many anticipated this offseason.

After a 6-7 season that had a roster that Graham deemed his most talented since coming to Tempe, personnel change, both on the field and the sideline, has created an interesting offseason for the head coach.

Deputy head coach and offensive coordinator Mike Norvell is now head coach at Memphis, taking with him assistants Chip Long, Paul Randolph, Chris Ball and Josh Storms. That can be expected when you are trying to build a quality program.  When you bring in good coaches, they will move up the ranks and eventually get opportunities elsewhere.

On December 13th, Jayme Otomewo and Deonte Reynolds were arrested and dismissed from the team for burglary for allegedly stealing credit cards .

It was announced on Wednesday morning that another player was involved. Ismael Murphy-Richardson was dismissed after reportedly being linked to the burglary as well. A redshirt freshman in 2015, the former Desert Edge High School star was recruited as a Devil backer to replace Carl Bradford, who thrived in that role under Todd Graham in 2012 and 2013.

In 2015, Murphy-Richardson had 15 tackles with two sacks and was assumed to take over the role next year to replace Antonio Longino, who essentially resided in the backfield for the Sun Devils this past season.