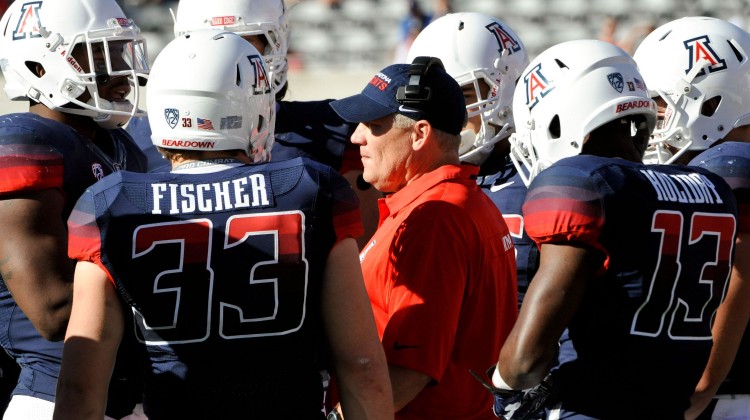 Rich Rodriguez and the Arizona Wildcats football program announced on Monday that defensive coordinator and linebackers coach Jeff Casteel as well as defensive line coach Bill Kirelawich will not return to the coaching staff in 2016.

Arizona dealt with a myriad of injuries all season, especially on the defensive side of the ball with Scooby Wright missing most of the season, fellow linebacker Cody Ippolito missing the whole season and many others coming in and out of the lineup. But the Wildcat defense will still be facing changes when we see them next.

Casteel’s relationship with Rich Rodriguez goes back to Coach Rod’s tenure at West Virginia and in that time, was named the Big East Defensive Coordinator of the year by Rivals in 2008. His son currently suits up for the Northern Arizona Lumberjacks and if another position around the country does not present itself, it is fun to speculate if Jerome Souers would give him a look to be part of the staff and be involved in the program with his son.