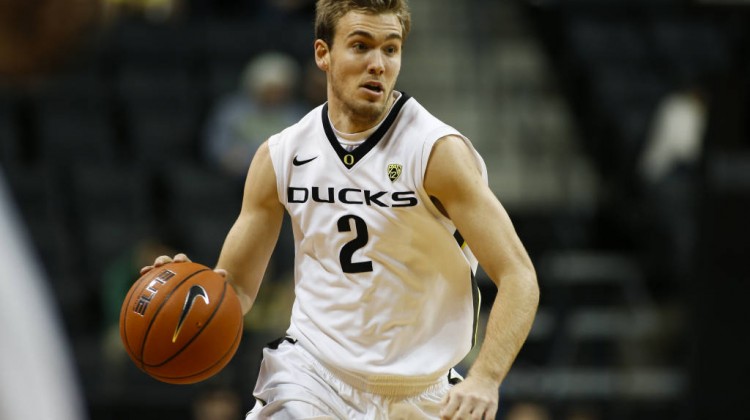 The Oregon schools make their way to Arizona to face the Wildcats and Sun Devils this weekend and it will feature the second homecoming for former Corona del Sol three-time state champion and now Oregon Duck guard Casey Benson.

Benson has been rock solid for the Ducks who come into the weekend first in the Pac-12 standings and ranked 23rd in the country. His play on the court has improved since his freshman year and his statistics are backing that up. He is currently first in the conference and the nation in assist to turnover ratio at 5.42 with 62 assists to just 12 turnovers in 20 games played.

“It’s a blessing,” Benson told Sports360AZ.com. “As a point guard, I have always focused on taking care of the ball, making plays for my teammates, and being a leader and so it means a lot to be in that category.”

Benson ranks in the top 15 in assists per game in the Pac-12 and also leads the Ducks in offensive rating at 126, which measures an estimate of points produced by a player per 100 possessions. That according to college basketball reference.

Benson admitted that during his freshman season, there were times of struggle getting acclimated to this level of play but this season, he is playing some of the best basketball of his life.

“As a freshman, there would be times that I would get sped up but as a sophomore, the game has slowed down much more,” he explained. “Just continuing to be confident is key.”

Though it is not the first time Benson returns to his home state in an Oregon uniform, he admits it is still something he always looks forward to over the course of the season.

“It always means a lot to come back home and play in front of family and friends,” Benson stated. “I get really excited to play down here. But as far as extra motivation, every Pac-12 game is extremely important and so I approach them all with the same focus and intensity.”

Casey is not the only member of the Benson that is enjoying success at the division I level in college basketball this season. His older brother T.J. is an assistant coach at Grand Canyon University who is 18-2 on the season sitting atop the WAC Conference standings. T.J. has not shaved during the ‘Lopes’ current 11 game winning streak at the request of superstitious head coach Dan Majerle. Casey weighed in on his brother’s new look.

“I think the beard is awesome!” he said. “I saw him when he began to grow it out and now it’s the thickest I’ve ever seen it. It’s pretty comical how much attention it has gotten as well. He and I are very close and we talk all the time and so I’m really happy for him and how well they are doing.”

Benson and the Ducks begin their weekend in Arizona at the McKale Center against the 18th ranked Wildcats on Thursday night.