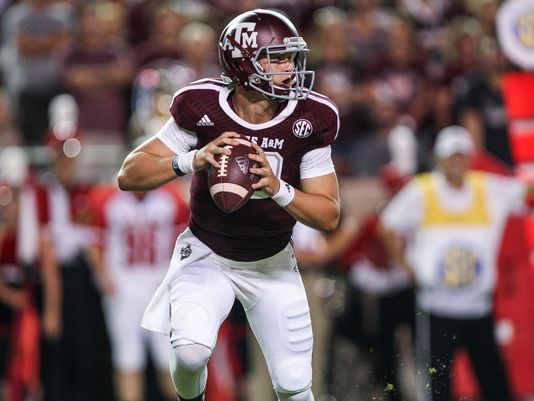 Life is filled with choices, some more difficult than others.

Kyle Allen has had to make his share of tough ones since starring at Scottsdale Desert Mountain High School and becoming the most sought after prep quarterback in the country following his senior season with the Wolves.

After announcing his intentions to transfer from Texas A&M last month Allen’s name has been linked to a number of different schools. Tuesday it was announced the former five-star prospect will continue his playing career at the University of Houston.

His in-state move from College Station to nearby Houston reunites the 6’3, 205-pounder with Cougars’ head coach Tom Herman who recruited Allen heavily as Urban Meyer’s offensive coordinator at Ohio State. The Buckeyes made Allen’s final five list out of high school before selecting A&M and enrolling early in the spring of 2014. A source close to the situation cited the familiarity with the likable Herman and his system as key reasons why Allen chose the fast-rising American Athletic Conference program.

“Great coaches, powerful program,” Allen said of his new school. “And a chance to play.”

Per NCAA transfer rules Allen will redshirt this season before becoming eligible as a junior in 2017. He is expected to take over for UH’s talented junior Greg Ward, Jr. who will be a senior this fall. Ward led the Cougars to an AAC championship and upset win over then Top 10 Florida State in the Peach Bowl last week.

Allen threw for over 3,500 yards with 33 touchdowns and 14 interceptions in two seasons at A&M.

His transfer was the first of what turned into a forgettable month at the SEC school. True freshman quarterback Kyler Murray transferred to Oklahoma shortly after Allen’s departure. Embattled head coach Kevin Sumlin parted ways with offensive coordinator Jake Spavital after the Aggies 27-21 loss to Louisville in the Music City Bowl. Tuesday A&M athletic director Eric Hyman announced his resignation.