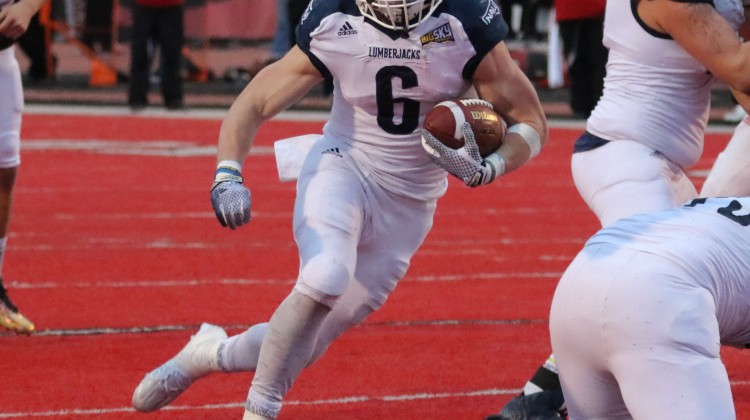 CHENEY, Wash. –  The Northern Arizona Lumberjacks stunned No. 4 Eastern Washington with a 52-30 road victory. The defeat marked only the seventh time the Eagles have lost on the red field, while also breaking an overall six-game winning streak and handing EWU its first regular season home loss since 2011.

“There were a lot of plays that went our way today,” said head coach Jerome Souers. “I thought our guys battled their tails off for four quarters and played to the best of their ability. Those are the things you have to do to win a big game like this.”

NAU controlled the time of possession and essentially the game. The Lumberjacks’ ability to manage the clock, holding onto the ball nearly 12 minutes longer than the Eagles, allowed NAU to build a large deficit that the Eagles just could not overcome.

“I was taking the snaps, but our O-Line and running backs made some great plays and kept it on the entire game,” said Redshirt Freshman Case Cookus. “Not to mention, our defense came up big tonight and scored some points.”

NAU took advantage of two EWU fumbles in the first quarter. The first one stopped the Eagles from scoring from 11 yards out, and the second one was on a punt return, which led to a four-yard touchdown rush by Casey Jahn four plays later.