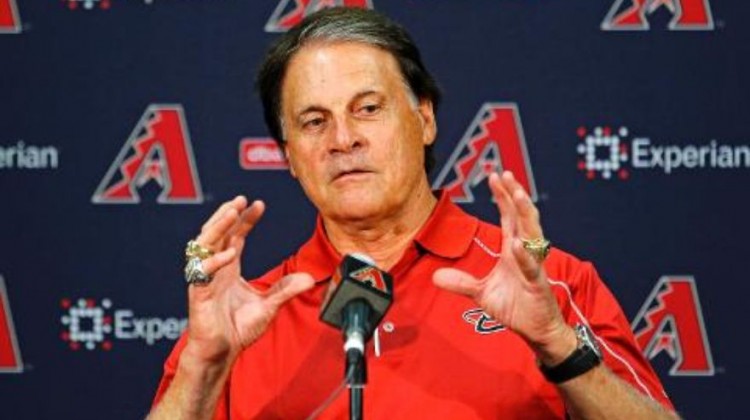 Good things come to those who wait.

Unless, of course, you are one of 30 Major League Baseball teams waiting at the doors of the free-agent shopping mall which opens later this week.

The Arizona Diamondbacks have learned their lesson from past free-agent pools that being at the front of the line is the best place to be this holiday season as they look to improve their roster which produced a 15-win improvement over Kirk Gibson’s final season in 2014.

“I think the Diamondbacks learned a couple of years ago that you can’t wait,” ESPN baseball insider Pedro Gomez told Sports360AZ.com’s Brad Cesmat during his weekly interview Tuesday morning. “You can’t just shuffle your feet around and hope that the guy you want is still available a month from now.”

By now chief baseball officer Tony La Russa, general manager Dave Stewart, manager Chip Hale and the rest of the minds inside Chase Field have their complete and thorough list of targets both in free-agency or possibly via trade.

The question remains how quickly Arizona can chase and claim the biggest prizes.

“You’re going to see some clubs be incredibly aggressive,” Gomez explained. “I think the D-Backs learned a few years ago when they said, ‘OK, we’ll kind of let the market adjust itself and then we’ll make our moves.’ Listen, the market never adjusts itself.”

He also believes the premium available players at their positions will have fatter wallets this winter.

“Paychecks for elite pitchers or elite players are not coming down,” Gomez said to Cesmat. “Be ready to make a quality offer.”

One area almost certain to be addressed is a quality, veteran leader to anchor the top of their young starting rotation.

Gomez believes the player who could make the biggest jump from 2015 to 2016 is Zack Godley who went 5-1 with an ERA of 3.19 after coming over from the Chicago Cubs as part of the Miguel Montero deal last winter.