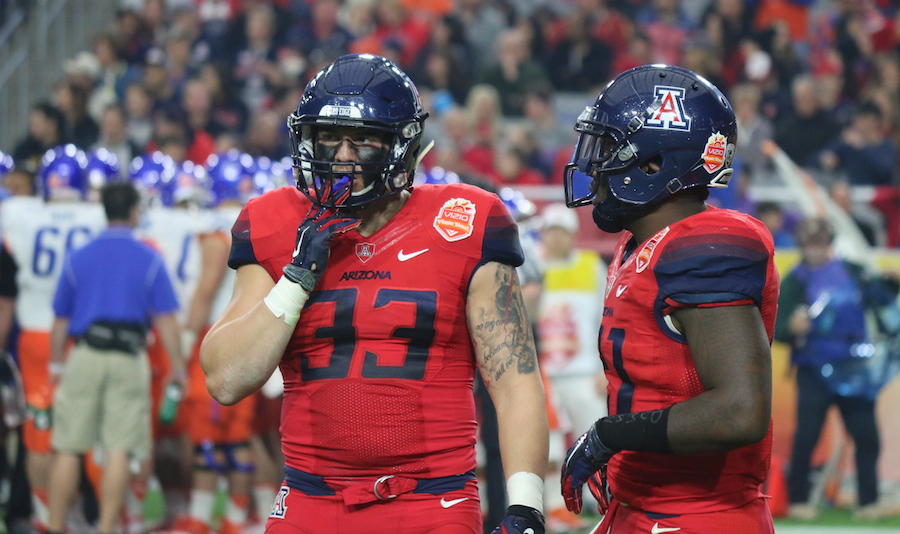 A right foot sprain will sideline Arizona Wildcat All-American linebacker Scooby Wright this Saturday at Stanford and for the foreseeable future. Head coach Rich Rodriguez said that Wright hurt the foot in the blowout loss to UCLA last weekend and will miss “several weeks”.  It’s also uncertain if quarterback Anu Solomon will be able to play against the Cardinal. Solomon had to leave in the second quarter against UCLA with a concussion and is still listed as day-to-day. What makes matters even more difficult for Arizona is the schedule. The Wildcats do not have the benefit of having a bye week this season to try to manage some of the injuries. 2012 was the last time that Arizona played Stanford and the Wildcats haven’t won at Palo Alto since 2006. Saturdays game will be played at 7:30pm and will air on the Pac-12 Network.