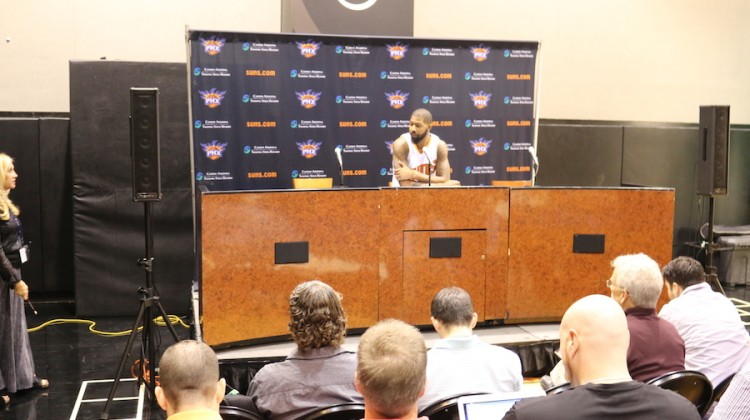 The Suns summer was well…eventful.  With Media Day kicking off the Suns 2015 season, all eyes and ears were on Markieff Morris.  The small forward made it VERY clear he did not want to be in Phoenix after the Suns traded his brother, Marcus, to the Detroit Pistons.  So does Markieff still want to be traded? I’ll let him answer.

Suns general manager Ryan McDonough was unapologetic in the moves they made this offseason.  Though, he understands Keef’s frustration:

The big offseason acquisition was big man Tyson Chandler.  Many consider him to be the seasoned vet that can help develop the young talent to the next level.  Chandler likes what he sees in the current roster and said the development has already happened with some players:

One of those players is Eric Bledsoe.  The point guard has been dubbed the face of the franchise by many and has come back noticeably bigger.  He also seemed much more comfortable during his media session than past years.  Usually quiet and reserved, Bledsoe was joking with the media and had a focus about him that a leader of a team should have.  Head coach Jeff Hornacek has seen a change as well:

The Suns begin training camp Tuesday and open the preseason against the Kings on October 7th.