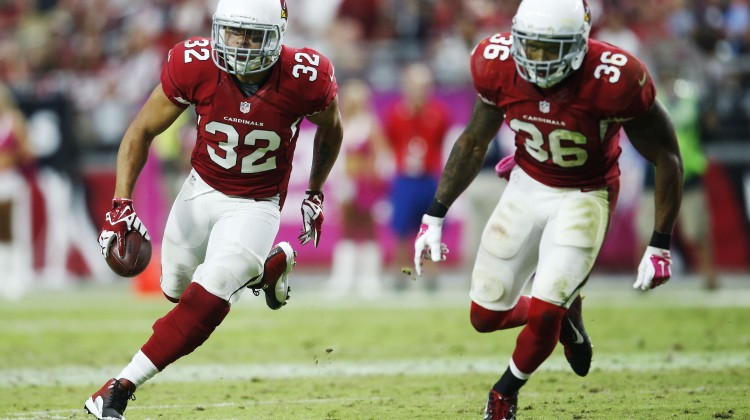 Saying Carson Palmer needs to stay healthy for the Arizona Cardinals to have continued success is about as bold as saying Phoenix summer temperatures are hot.

Through two games Bruce Arians‘ team has certainly looked the part of not only a team that will vie for an NFC West title but could possibly be a dark-horse Super Bowl contender if the football gods smile upon them.

One member of the secondary who is healthy and playing at an extremely high level is safety Tyrann Mathieu. The third-year pro is second on the team with 12 tackles through the first two weeks, trailing only Tony Jefferson’s 13.

One key to staying unbeaten this weekend is controlling the San Francisco 49ers’ offense, most notably the head of the snake.

“The one thing that they know is to contain Colin Kaepernick,” King told Cesmat. “You pressure him…don’t give him all kinds of time back there because mechanically he’s better.”

Kaepernick spent part of the off-season in the Valley working with former Cards’ quarterback Kurt Warner on his footwork, throwing motion and other aspects in hopes of becoming a more well-rounded player this year.

As for Arizona’s offense, they’ll look to expose the same weaknesses the Pittsburgh Steelers did Sunday as Ben Roethlisberger threw for 369 yards and three touchdowns. He completed 21 of his 27 pass attempts in the win.

“They really have not proven that they can play great on the back-end,” King said. “There are going to be opportunities in the deep secondary for San Francisco.”

Kickoff is set for 1:05 Sunday at University of Phoenix Stadium.