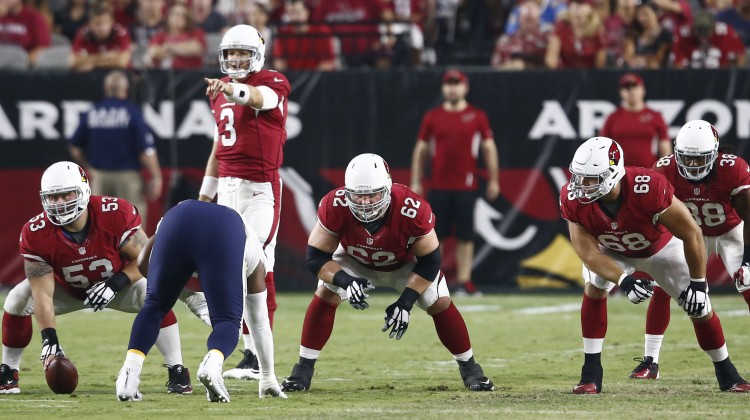 It’s hard to imagine, despite winning 11 games and making the playoffs for the first time since 2009, only the Oakland Raiders last year had a worse rushing offense in the NFL than the Arizona Cardinals.

This summer, albeit preseason, the Cards averaged only around 65 yards per game.

Not necessarily, according to one NFL insider.

“One thing about the running game that we’ve seen in the last few years, maybe going back to the Mike Shanahan Broncos,” SI.com NFL insider Peter King explained to Sports360AZ.com’s Brad Cesmat in a recent phone interview. “You can invent a running game every year.”

King knows it all starts up front where the Cardinals figure to be improved, despite an early season injury to Mike Iupati and a two-game suspension to Bobby Massie. He also believes pre-season pickup Chris Johnson still has plenty to prove to the skeptics who think the 29-year-old has lost a step or two.

“The Chris Johnson signing was a good signing,” King told Cesmat. “Because Johnson is determined to come in and say, ‘people are shoveling dirt on the top of my career. By the end of this year I’m going to be a number one running back for a playoff team.’ I know that’s the thought going through his mind.”

As for this weekend’s season-opener against the Saints, King believes Arizona’s patch-work offensive line may be at an advantage heading into Sunday.

“On their 53-man roster,” King said. “The New Orleans Saints had four undrafted, free-agent rookie defensive linemen. I don’t think I have ever seen that in my life, one position group in the 53-man cut down, ever have four undrafted rookies. The one thing that would concern me about this Saints team…they’re going to score points [but] can they cover anybody? If I had a fantasy football team I may want Carson Palmer to be my guy this weekend.”

Here’s to some good old home cooking to start the season in Glendale.