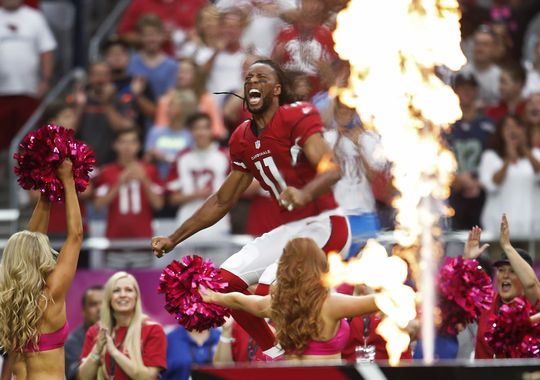 “Larry is a great role model on and off the field because he does everything right,” the 27-year-old Cincinnati Bengals star told Sports360Az.com’s Brad Cesmat in a phone interview Tuesday morning.

So far the fourth overall pick in the 2011 draft is doing close to everything right on the field. The South Carolina native and former Georgia Bulldog star caught more passes (260) than any player in NFL history in their first three seasons. He has 35 touchdowns and close to 5,000 yards in just over four years.

Despite the accolades he understands his game is still far from a finished product. He’s been criticized for dropping passes, many which likely would have gone for touchdowns including one last Sunday in Cincinnati’s opening week win over the Raiders in Oakland.

“I’ve got to keep getting better and keep delivering on a consistent basis,” Green said.

Green points to Fitzgerald’s hands and route running as two areas which he tries to emulate from the eight-time Pro-Bowler, arguably the most popular and well-respected player in Red Birds’ history.

“He’s not a diva but he’s a superstar on the field,” he explained. “I definitely take notes.”

Judging from Fitz’s long list of accomplishments, Green’s binder must be pretty thick.