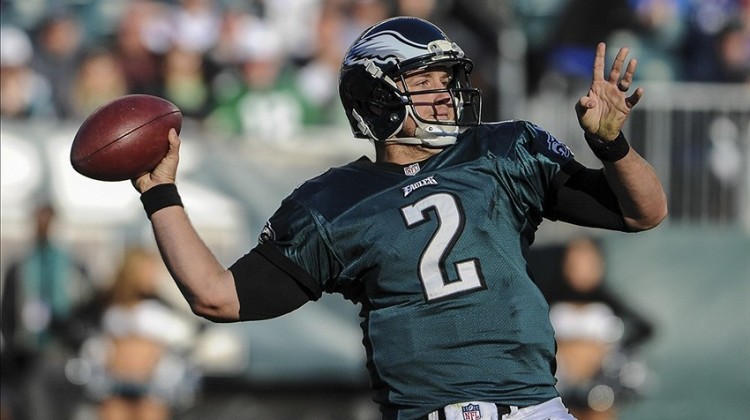 The former USC quarterback was the face of the Pac-12 conference during his time with the Trojans from 2009-2012, where he threw for 80 touchdowns, which was second in school history.  Regarded as the presumed top overall pick really whenever he decided to declare for the NFL Draft, USC experienced plenty of ups and downs during Barkley’s time in Los Angeles.  USC spent two of Barkley’s seasons under postseason bans, but he proved to be one of college football’s best quarterbacks, highlighted by his junior year, where he threw for 39 touchdowns and just seven interceptions.

There was also the time he was on the wrong end of a Vontaze Burfict finger point.

After a disappointing senior year where USC, the preseason #1 overall team, won just seven games and Barkley suffered a shoulder injury in the team’s loss to UCLA, he was selected by the Philadelphia Eagles in the 4th round of the 2013 NFL Draft.

Now, he returns to Pac-12 country as the Arizona Cardinals traded for Barkley for a conditional draft pick.  Barkley joins fellow USC Trojan Carson Palmer within the Cardinals quarterback unit.

On a day where multiple players were cut to get the Cardinals roster down to 53, quarterback Phillip Sims tweeted he was released from the team and Logan Thomas’ future remains to be seen.