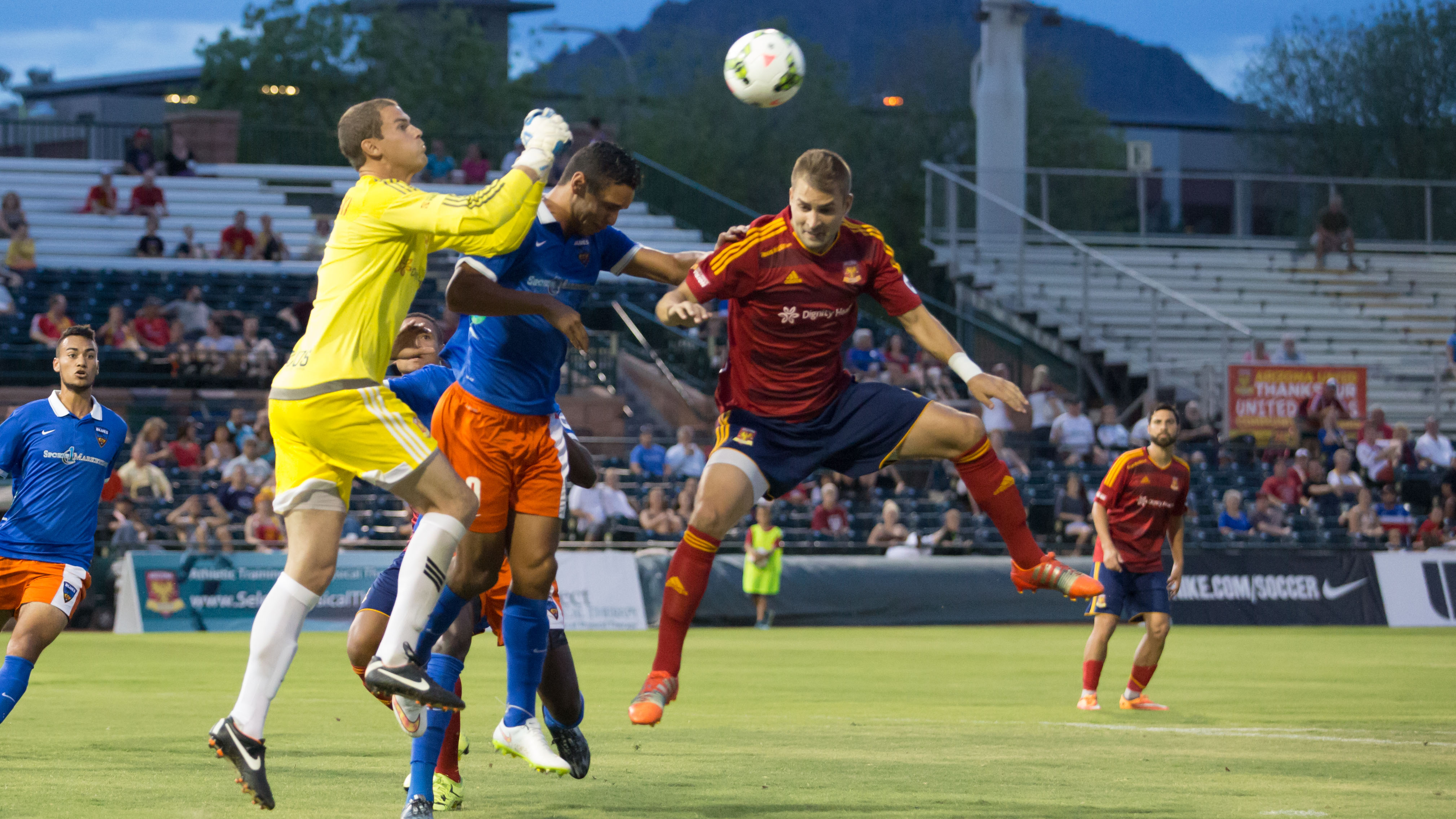 Arizona United Soccer Club continued it’s great form in front of a home crowd with a 2-0 win over OC Blues FC at Scottsdale Stadium thanks in large part to 13 saves from goalkeeper Carl Woszczynski.

“It was a great team effort today, we did well to recover from the other day,” said Arizona United SC head coach Michael Dellorusso. “Obviously, they wanted to play, so it wasn’t hard to get (our) energy up.”

Midfielder Scott Morrison opened the match’s scoring in the 39th minute with a curling, left-to-right free kick that beat a diving OC Blues FC goalkeeper Pepe Miranda. Arizona United SC held on to the one-goal for a nervy hour before midfielder Jose “Chiva” Cuevas iced the match with a goal in the 94th minute, just before the final whistle blew.

Arizona United SC play their next match on the road on Sunday, July 12 at the Seattle Sounders FC 2.