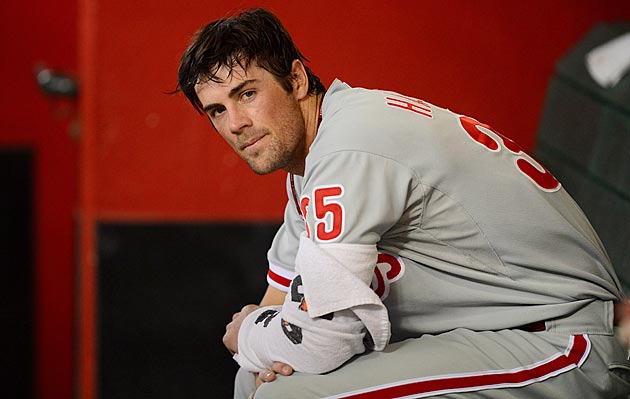 With names like Cueto, Victorino and Clippard finding new residences, MLB trade activity is heating up.

According to ESPN’s Jerry Crasnick, Arizona is a buyer when it comes to one ace in particular: Cole Hamels.

The Phillies southpaw, who is coming off of a no-hitter in his last start, has been rumored to many teams looking to shore up their rotation.

You can add another team to Cole Hamels derby. The #Dbacks have reached out to #Phillies to express their interest, source says.

There are plenty of questions that loom around this potential deal: what sort of package could the D-Backs offer the Phillies, and could it be better than what the division rival Dodgers have to offer? Is Hamels even interested in coming to the desert?

The answer right now seems to be no.

Yes, the #Dbacks are on Hamels’ no-trade list. An impediment, obviously, but you can’t fault them for asking. https://t.co/0Wwf0kduSi

A lot can change as we get closer to the deadline, though.

Hamels may want to take a look at Arizona, where he has found success.  Even with Chase Field’s reputation of a “hitter’s ballpark”, Hamels has stifled the Arizona bats when he comes to town.

Cole Hamels has actually pitched well in 6 starts at Chase Field. He’s 4-2 with a 3.32 ERA there. #Phillies #Dbacks

So there is still plenty that needs to be figured out before the July 31st deadline, but after a weekend where one dominant lefty made his way to the Hall of Fame, it’s fitting the D-Backs are putting feelers out to get another.