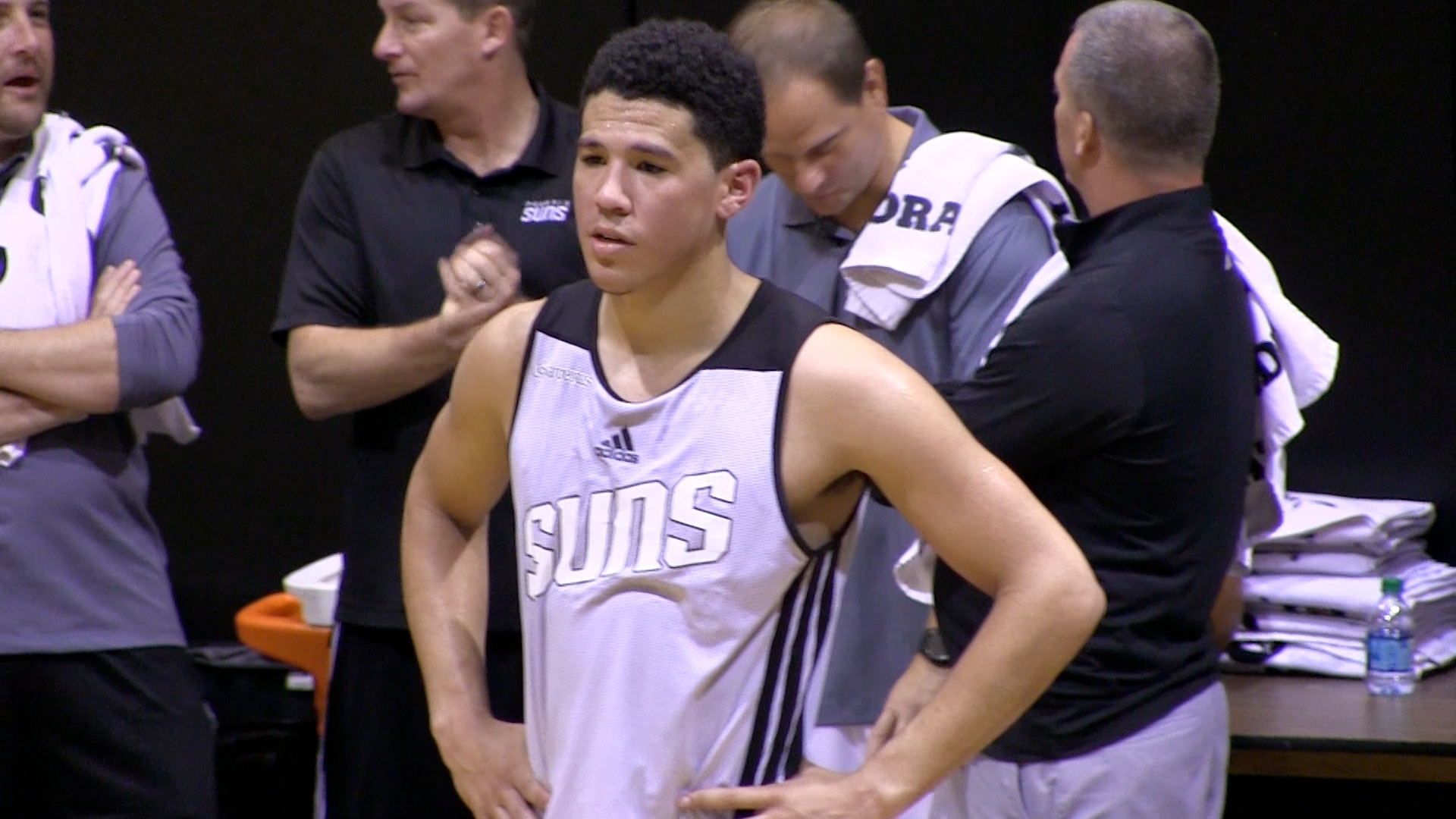 What happens in Vegas, stays in Vegas.

It’s a mantra kicked around as much as a spinning ball on a casino roulette wheel.

Devin Booker is hoping to see a spinning ball go through a basket early and often as the Phoenix Suns sharp-shooting first-round draft pick gets his first taste (sort of) of NBA life as the Suns participate in summer league play in Sin City. He scored 12 points and grabbed four rebounds in their opening game against the Washington Wizards.

His head coach says one thing stands out immediately about Booker’s game.

“You see him shoot the ball and his stroke is nice,” Jeff Hornacek told Sports360AZ.com’s Brad Cesmat in a recent phone interview.

He also believes the 6’6, 205-pound guard, whose range has been compared to Golden State’s Klay Thompson, is far more than simply a “specialist” as some labeled him coming out of the University of Kentucky following his freshman season.

“When you’re a great shooter [defenders] are going to run you off that [three-point] line,” Hornacek explained. “That’s when he has to mix it up, drive the ball to the basket and then kick it out. When he drives it he can finish.”

The Suns staff has also been impressed with Booker’s decision-making, court awareness and feel for the game. Devin’s dad Melvin also played in the NBA.

“I’ve been working for this my whole life,” Booker said recently about his opportunity to fulfill his dream and follow in his father’s footsteps.

The hard work has already paid off for the 18-year-old according to Hornacek.

“He plays the right way.”