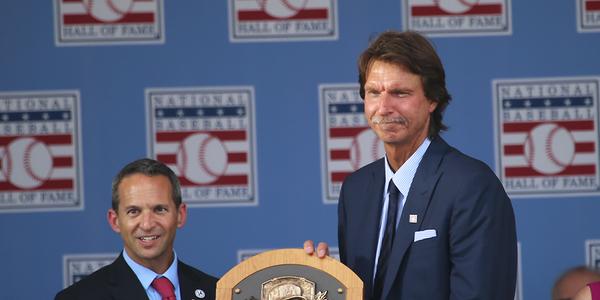 Those were a couple of the best lines from Johnsons speech. He fought back emotion when talking about his late father and singling out his mother “Thank you, mom. You are the Hall of Famer…I love you so much.”
One lighter moment, Johnson turned to Hall of Famer Reggie Jackson and said “It would have been really fun to face you, Reggie”.
Johnson is the first player to go into the Hall of Fame wearing a Diamondbacks cap.