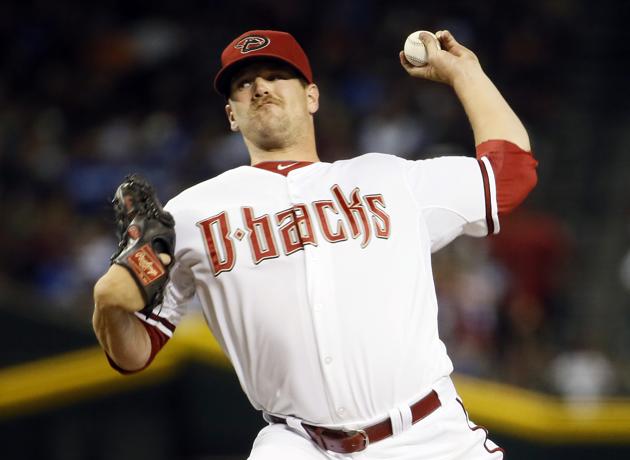 At the beginning of each baseball season, you never know who may emerge as Mr. Reliable. The Diamondbacks have been fortunate to have a few young players fill that role in the lineup and on the mound. When it comes to the bullpen, lefty Andrew Chafin has taken that role and ran with it.

if you think you're having a good day, try having Will Ferrell tell you your mustache is fierce. pic.twitter.com/kF6ueg2Ui3

Despite the impressive numbers, though, he has seemed to fly under the radar a bit in the baseball world, but he is just fine with that.

“Usually I try to stay low-key,” Chafin told Sports360AZ.com. “I just try to stay to myself for the most part.”

The southpaw has two goals every time he steps on the rubber: be as close to perfect with every pitch and eat up as many outs as possible, something that is crucial for the National League’s most-used bullpen.

“Obviously I expect perfection out of myself and anything less than that, I’m not happy with myself,” Chafin said.

Chafin’s success has been fueled by his approach to not overcomplicate things: focus on the pitch ahead of him and let his defense take care of the rest.

He says the team is taking that same approach as they continue their season. It is easy to get caught up trying to break through that invisible barrier of being above .500, a mark the team has been so close to multiple times this year.  But Chafin said the team continues to strive for perfection on the field, and the wins will follow.

“We don’t make a big deal about things because we can only control half the things that happen between the lines,” Chafin said. “Obviously we go out there and give it our best every single day, and hopefully today is the day we get back to .500 and go from there.”