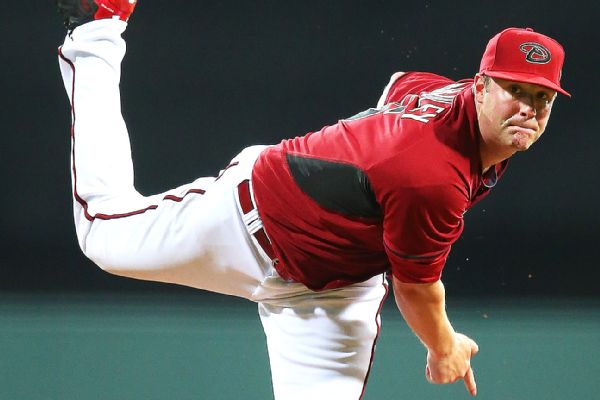 Archie Bradley confirmed what everyone was wondering the past few weeks: something wasn’t right.

The Diamondback pitcher shined in his big league debut a few weeks ago, but then things didn’t fall the Oklahoma-native’s way.   Bradley was hit in the face by a ball off the bat of Carlos Gonzalez that reached 115 MPH.  After a short stint on the disabled list, the struggles continued on the mound.  His ERA shot up from 1.80 to 5.80 in four starts.

37 days after his first trip to the disabled list, Bradley finds himself there again with shoulder trouble.

“I don’t necessarily know what it is classified as: just soreness, more than I’m used to…a little fatigue,” Bradley said. “I guess I’m not quite feeling like myself,” Bradley said. “It was nothing I was too concerned about. I just figured it was a little dead arm or soreness and kind of carried over.  It wasn’t feeling right.”

Bradley told the team and the tests began.

“They did a bunch of tests, everything was good, MRIs, everything was great,” Diamondbacks manager Chip Hale said. “We felt after the tough outings, getting hit in the face, and then some soreness in his shoulder, we wanted to ‘DL’ him and get him a break.”

Bradley has stepped away from throwing all together for two days. He said he and the team have an “aggressive” plan for the rehab. He also reiterated the injury was not the source of his struggles.

Hale said Bradley will take this time to recharge mentally and physically, take a rehab start or two, and see how he feels 15 days from now. Though, there is a sense of urgency for Bradley to get back to where he was in his debut.

And there wouldn’t necessarily be a spot just waiting for him in the rotation.

“I told him this today: We need to get him back to who he was before the injury to the face,” Hale said. “I told him there is no guarantees, he has to pitch well and prove that he is ready to pitch here.”

Thursday starts a time where Bradley has to prove he is ready…and the Diamondbacks are ready to win without him.