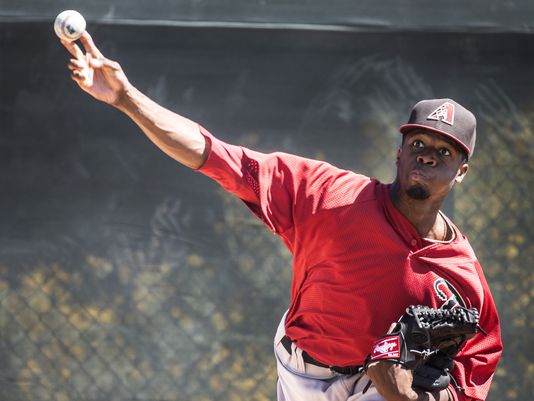 The MLB Trade Deadline is fast approaching and many are speculating that with the Diamondbacks still very much in the race for one of the two wildcard spots in the National League, would they be buyers or sellers?

On Saturday night, they made their second trade of the 2015 season with the Atlanta Braves. The first you might remember was the team dealing Trevor Cahill just days before Opening Day. Once again, the Diamondbacks deal a pitcher to the Braves that had a less than ideal contract in veteran Bronson Arroyo who is owed $9.5 million this season and if the team opted to not bring hi back in 2016, there was a $4.5 million buy-out.

The Diamondbacks were in a tough spot with this as Arroyo is working himself back from Tommy John Surgery and the team ideally would not want to pay someone almost $10 million to either sit out or be in the bullpen with all the young arms they are excited about in the minors. Which is exactly the front offices motive for the trade.

“This frees up the opportunity for us to go young with our pitching and at the same time, it frees up some money,” said General Manager Dave Stewart.

Arroyo said this right after learning the news of him needing Tommy John Surgery last year almost predicting the future.

The head scratching aspect to make this trade possible for the Diamondbacks came at a major cost. A first round pick to be exact. Heading to the Braves along with Arroyo is last year’s first round selection, Touki Toussaint. The now 19 year old (Happy Birthday Touki) has spent much of this season in A ball for Kane County. Initially he was in the Arizona Rookie League getting ready to join Missoula which started their 2015 season this weekend. But the organization decided to not hold Touki back and got his season started earlier at a high level of play making him one of the youngest players in the Midwest League.

He had seven starts with Kane County with a 3.69 ERA throwing at least six innings in five of his seven starts with batters hitting just .218 against him, None of his starts were better than what he threw last night going six strong giving up one hit and no runs, striking out five and walking none. A kid with a lot of promise but again the key piece for the D-Backs to unload Arroyo.

Stew: “With this year’s draft we stacked our minor league system with college guys” who are ahead of Touki Toussaint on depth chart.

“In order to move a contract, Touki had to become part of it,” mentioned Dave Stewart on Fox Sports Arizona.

It is unknown the role that Gosselin will play upon joining the organization as Chris Owings, Nick Ahmed, Aaron Hill and Cliff Pennington complete a deep middle infield rotation.

The organization is very excited about the starting pitching depth both flirting with the rotation or still in the minor leagues with guys like Archie Bradley, Robbie Ray, Patrick Corbinm Braden Shipley, Aaron Blair, Yoan Lopez and more but Toussaint was considered the team’s number three overall prospect according to MLB.com. Only time will tell whether this move works out for the team and it will be interested to see what the team does before the trade deadline or this off-season with the free’d up cap space.