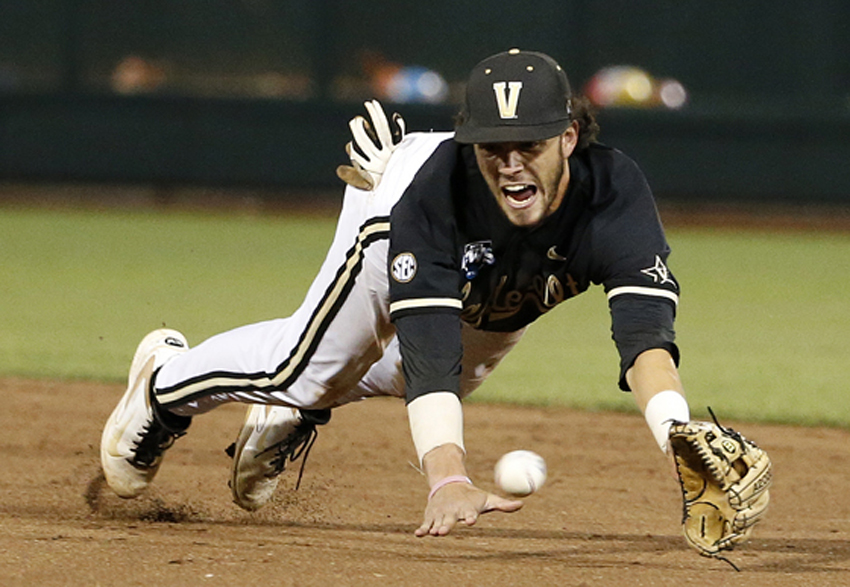 The Arizona Diamondbacks got their guy.

The Vandy junior has proven, and then some, he deserves to be the top pick.

In his 2014 sophomore season, Swanson was named the Most Outstanding Player of the College World Series as a second baseman on a national championship team.

In 2015, he took over shortstop duties and didn’t skip a beat.

The junior out of Marietta, Georgia is hitting .350 with 15 home runs and 62 RBIs in 2015, has incredible range defensively, and is the leader of a Vanderbilt squad that is College World Series-bound and has a roster full of players who will be selected early and often over the next few days.

Here is what Vanderbilt head baseball coach Tim Corbin has to say about Swanson:

“Dansby is a rare talent… he affects the game in so many different ways, whether it’s physically on the field or in the clubhouse. Plain and simple, he’s a winning baseball player. There isn’t much he can’t do well. He has a ‘care’ level for his personal game and the team, which naturally balances itself out.”

Now the fun begins for Swanson and the Snakes.