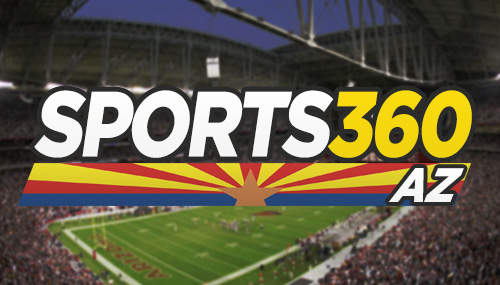 Public Policy Polling released extensive results on topics around our state this week. Sherriff Joe Arpaios popularity is wayyyyy down(38% favorable opinion) and only 27% of voters approve of the job being done by Governor Ducey. In terms of sports, here is some of the polling data. I will talk more about this on Mondays show.

-After a year in which Arizona had far superior seasons in both basketball and football, 36% of voters in the state say they’re fans of the Wildcats to 28% for Arizona State. That’s a reversal from a year ago when we found the Sun Devils winning out on fan loyalty 34/31. Rich Rodriguez (51/11) and Todd Graham (45/12) are both pretty popular within their fan bases and have comparable approval numbers. Sean Miller (61/5 approval) is the most well thought of coach within the major sports at the two schools. Arizona State fans are largely ambivalent about both the decision to fire Herb Sendek (27% approve and 13% disapprove but 60% have no opinion) and the decision to hire Bobby Hurley (24% have a favorable opinion of him, 3% unfavorable, 73% have no opinion.)

-48% of Arizonans identify themselves as fans of each of the Cardinals and Diamondbacks, leading the way for sports loyalties in the state. That drops to 42% who call themselves fans of the Suns and then all the way down to 29% for those who are fans of the Coyotes. Despite the lack of interest in the team, 42% of Arizonans still say they think there should be an NHL team in the state to only 24% who don’t.