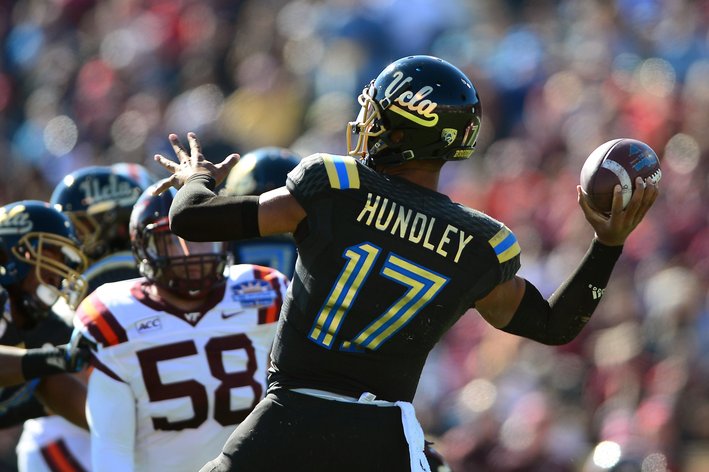 The tradition of former Chandler High School football standouts being drafted by an NFL Team continues as quarterback Brett Hundley was elected by the Green Bay Packers 147th overall in the fifth round.

His three-year totals at QB for UCLA include 75 passing touchdowns with just 25 interceptions. He threw for just under 10,000 yards and tallied 30 more scores on the ground. Many believed that he would go in the first three rounds but the run on wide receivers, linebackers, pass rushers and offensive lineman on the first couple days didn’t see any quarterbacks taken until late in day two after quarterbacks were taken with the first two picks of the draft.

Hundley now finds himself in a very intriguing position. He will not be playing right away with Aaron Rodgers in front of him at quarterback but it gives him the opportunity to learn from a man who used to be in Hundley’s shoes. Rodgers spent his first few years as a pro backing up future Hall of Famer Brett Favre. He learned, he gained experience in the film room and practice field and once it was his chance to take over, he broke out and never looked back.

While Hundley may look at this as a situation where he may not have the chance to start right away, there are few better quarterbacks to have the chance to learn from than Rodgers like he did with Favre. This good be a great situation for Hundley as he continues to develop.