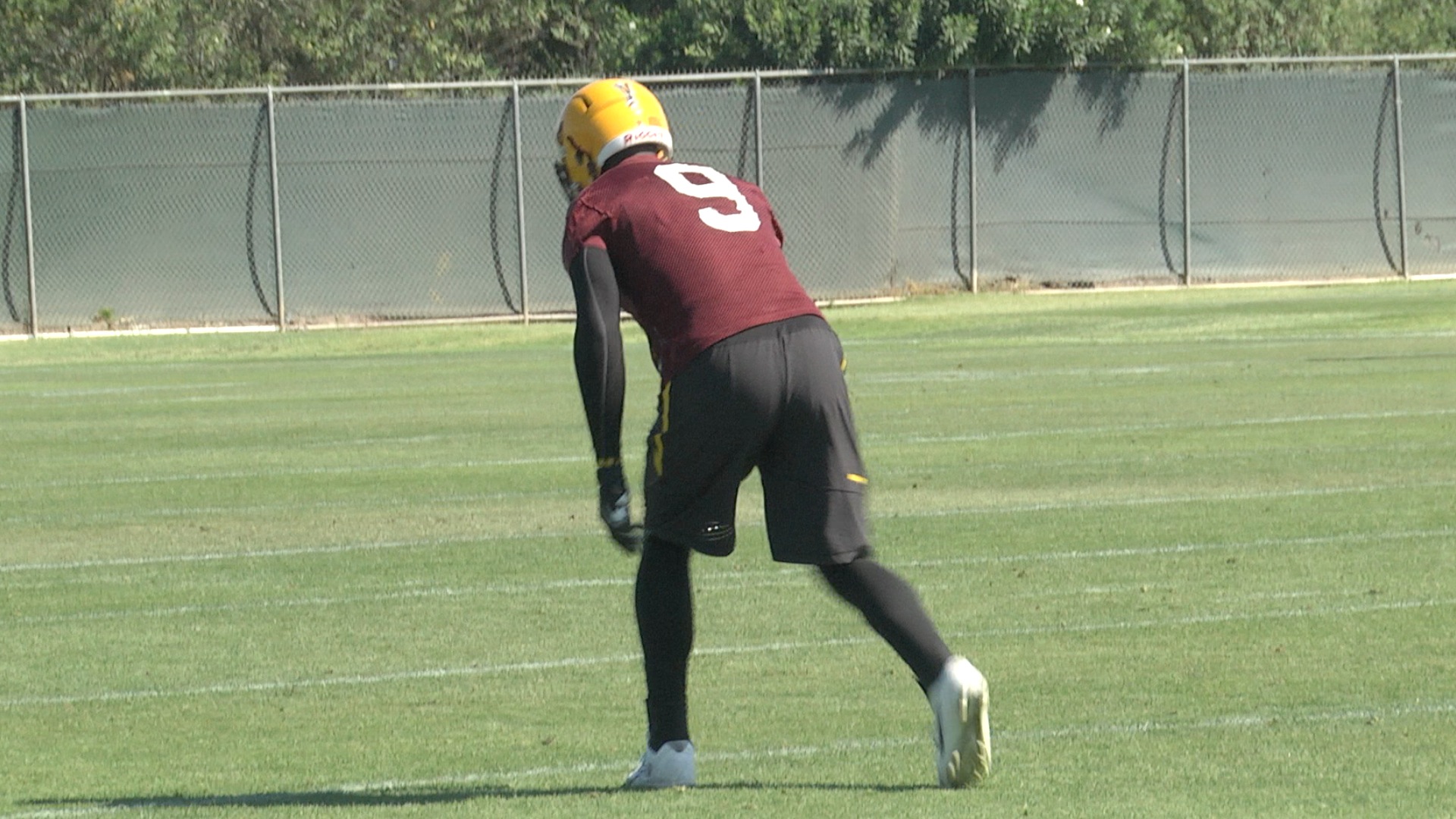 While the it is been well documented this spring that the wide receiving position for the Arizona State Sun Devil football team has some questions surrounding it, there is another position on that side of the ball that looks to be over-loaded with talent.

It is hard not to notice the talent that the Sun Devils have developing this spring at the running back position heading into the 2015 season. They are turning heads with the variation of size, speed and explosive plays. So much so that ASU Deputy Head Coach and Offensive Coordinator Mike Norvell would venture to put to in the mix for MVP of Spring Ball to this point.

“If you had to name an MVP so far this spring, I would think Demario [Richard] and Kalen [Ballage] would have to be in the conversation,” Norvell told Sports360AZ.com. “The guys are having a tremendous spring.”

The trio that brings the storm that is the ASU rushing attack is complete with a power guy, a speed guy and the complete combination of the two. We had a chance to see what the “complete back” is capable of down the stretch of the 2014 season in soon-to-be sophomore Demario Richard. He averaged 5.7 yards per carry on 84 carries and put on a show at the Sun Bowl to close out the year.

“I think with Demario, everyone got a flash of what he could be,” mentioned Norvell. “A guy that can run the football, catch it out of the backfield, loves to protect. He’s a complete back.”

The power of this trio will come from 6-3, 220 pound soon-to-be sophomore Kalen Ballage who also showed flashes last season but his freshman year was definitely an adjustment period to learn and get acclimated with the play at this level. He has taken what he has learned and ASU’s defense during spring ball is receiving the brunt of it.

“Last year he was young and trying to transition into being an every down back,” explained Norvell. “Understanding protections and playing with the physicality of what his size shows it is something that we have challenged him to be a more physical back. He has taken that and really ran with it. I think anyone who has been out there this spring can see he has definitely progressed and gotten after it in the weight room.”

After learning about the amazing capability of the first two mentioned, you then learn about the speed guy on this team in redshirt junior JUCO transfer in De’Chavon “Gump” Hayes. And yes, his nickname is Gump because of how he runs.

“Then you bring in “Gump” who is a home run hitter,” stated Norvell. “A guy who can score from anywhere on the field, probably one of the fastest guys on this football team. He’s coming in and really getting a sense of what we’re doing. We ask our guys to do quite a bit at the running back position and he’s making that transition and making it nicely.”

That is the main trio that looks to have opposing defenses’ heads on a swivel next season. But wait, there is more?

“And then we have Jacom Brimhall,” added Norvell. “He is a guy who has had a really nice spring and a guy who joined our program as a walk-on. He has really had a very nice spring with a lot of explosive plays.”

Brimhall is a local product who is just a 5-6, 177 pound soon-to-be sophomore from Mesa Mountain View High School who Norvell and the offensive coaching staff cannot keep off the field.

Four young men, all with very different sizes and skill sets. But with their powers combined, they are hoping to compete like Captain Planet for the Sun Devils offense.

“We feel great about our running back position and where it can grow to,” Norvell said. “All of those guys have their own unique skill sets and are doing a great job for us.”