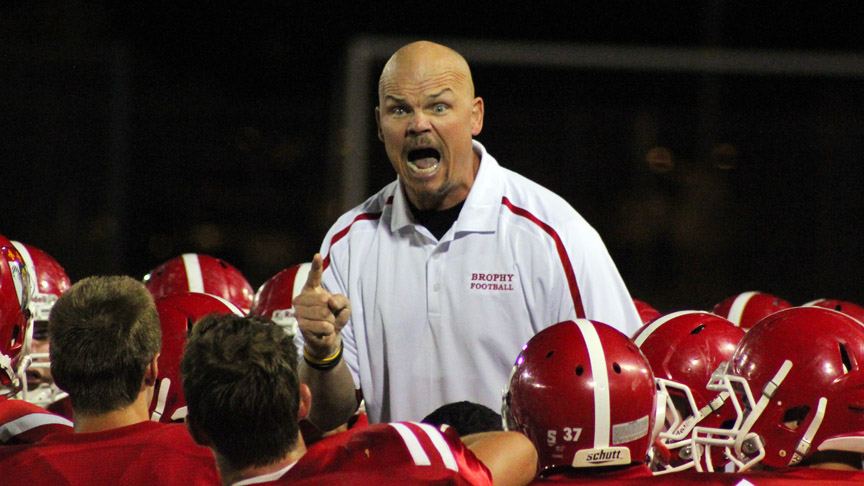 Everyone remembers the nervousness on the first day of going to a new school. It’s one Gary Galante admits he is experiencing as he drives to Chandler to meet the kids who will be his football players this fall.

“I’m nervous as can be about meeting the kids,” Galante told Sports360AZ.com in a recent interview. “I get pre-game jitters just like anyone else. But it’s exciting. I’m all about challenges.”

Galante is no stranger to meeting challenges during his career in the Valley. He was an assistant coach at Mesa Mountain View High School from 1993-95, winning a state title and setting the stage for the Toro dynasty of the late ’90s.

For the past 10 years he has been the defensive coordinator at Brophy College Preparatory, where he was part of two state championship-winning teams. Galante passed on multiple head coaching offers over the last decade to stay with the Broncos.

“I loved that I could focus on one side of the football and develop the system,” Galante said. “I was able to bounce things off of the head coach and work with great kids. It wasn’t much of a sacrifice to stay. It’s a great place and a great school.”

A huge part of what Galante loved about Brophy was the spiritual component of the program. BCP is a catholic school and the emphasis on religion is something that made a big impact on Galante. When he decided to finally leave Brophy for a head coaching position, it was no coincidence the school he chose was Seton Catholic.

“I love the Catholic institution and that’s what I came back to,” noted Galante. “I can’t take God out of coaching. It’s such a huge component for me. I’ve been coaching that way for 10 years, so to take that out…can’t do that.”

Although it has been well over a decade since Galante was a head coach, he believes what his job entailed at Brophy has completely prepared him for the step up to leader of a program.

“I had a lot of responsibility at Brophy,” remembered Galante. “Team development was a big part of my job and there were a lot of things I did behind the scenes, especially when it came to strength and conditioning. “

The start of the season is months away but Galante is already looking forward to implementing his kind of culture to Seton.

“It’s about continuing to do the things that are working for them but also hitting the breaks on areas that aren’t working,” said Galante. “I think these kids are real similar to Brophy kids. A lot of potential to compete, with soul, power and heart.”