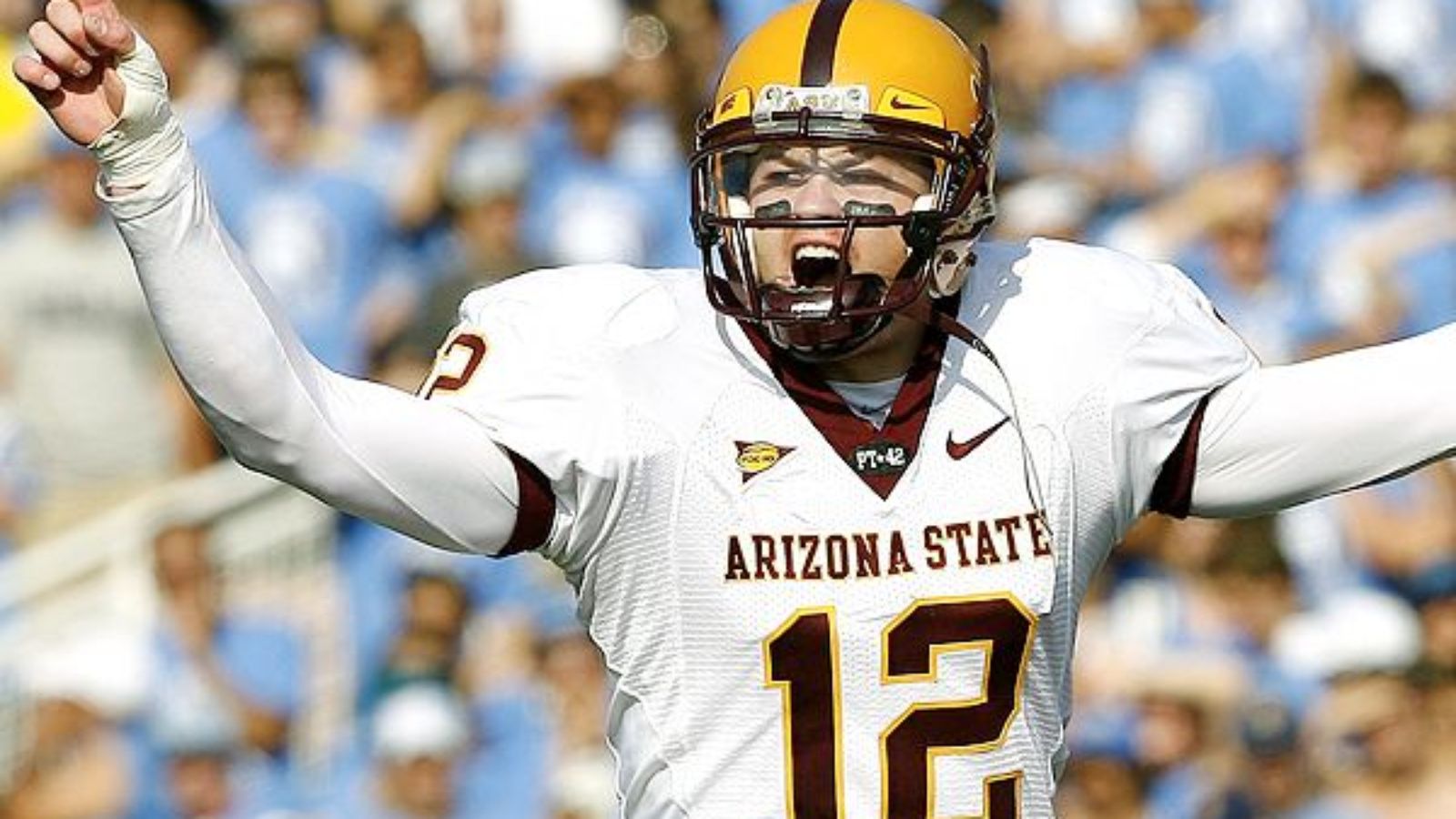 In the fall of 2009, former Arizona State quarterback Rudy Carpenter was trying to make the Dallas Cowboys roster. He would end up finding help in an unlikely source; Jon Kitna, who was competing against Carpenter at the same position.

“I’m really indebted to Jon,” reflected Carpenter in a recent phone interview with Sports360AZ.com. “He bent over backwards to try and help me make that team.”

One moment between the teammates still stands out to Carpenter, when Kitna had some advise for the former Sun Devil that would help shape his post-athletic career.

“He told me to give back to kids if I ever had the opportunity to do it,” said Carpenter. “He said it would be the most rewarding thing I’d ever do.”

Now living back in the Valley, Carpenter has taken the advice to heart. He trains young quarterbacks, helping them with drills, watching film and breaking down plays. This upcoming fall he will be also be the new quarterbacks coach for Scottsdale Coronado High School.

“I have a great relationship with coach (Mike) Olson,” noted Carpenter. “He’s an awesome dude and he and his staff are my kind of people. They’re really interested in the kids and their development as young men.”

Having played at both the college and professional level, Carpenter hopes that he will be able to bring an advanced knowledge of the position to the kids at Coronado, in both a physical and a mental sense.

“You always want to work on mechanics and technique,” said Carpenter. “But such a huge part of the game is the mental aspect. I always want to spent time helping kids learn how to watch film, how to know what Cover 2 is, to always know what their blocking schemes are in the pass or run game.”

For Carpenter, the point of getting into coaching wasn’t to win awards or state championships. Instead, he wants to help grow his kids as men first and football players second.

“I think this staff at Coronado is like me in that they don’t want to make high school football a business,” said Carpenter. “They’re interested in impacting the kids and the community in a positive way. That isn’t something that everyone is doing. Such a big part of football is the relationships you build and that’s one of the most important parts for me.”