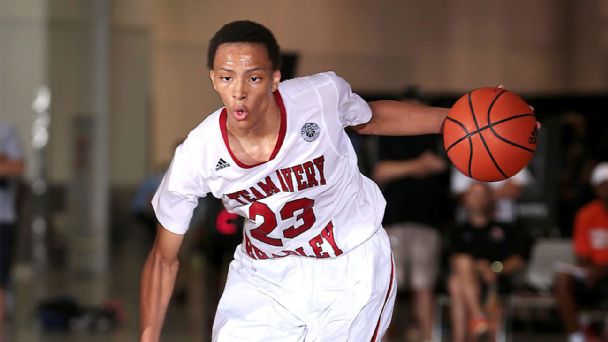 There has been a lot of buzz surrounding the Arizona State basketball team since the addition of Bobby Hurley as their new head coach. Positive sentiments on social media from fans, former players and national media. Big cheers when on the jumbotron at a Suns game.

However, the grind of the transitioning from one head coach to another is never an easy process and despite the many positive that have come in a week since he has been brought on, there will be some speed bumps that follow as well.

I'm here to announce that I have officially requested to be released from my National Letter of Intent at Arizona State University.

Green says he has made the request, but there seems to be a game of he said she said as SunDevilSource.com’s Chris Karpman reports that it was ASU who dropped Green.

ASU dropped Dominic Green, not the other way around. Just so that is clear.

The 6-7 small forward from Hazen Senior High in Washington is considered a four-star prospect by Scout.com and ranked 77th overall in Scout.com’s top 100 players for the 2015 class.

Hurley has hit the ground running as hours after he was hired, he traveled to Duncanville, Texas for the Adidas Gauntlet Tourney where many of the nations top players were in attendance. They have to make up for a lot of lost time for the class of 2015 but on the same token, are not losing many key rotation players from last season.