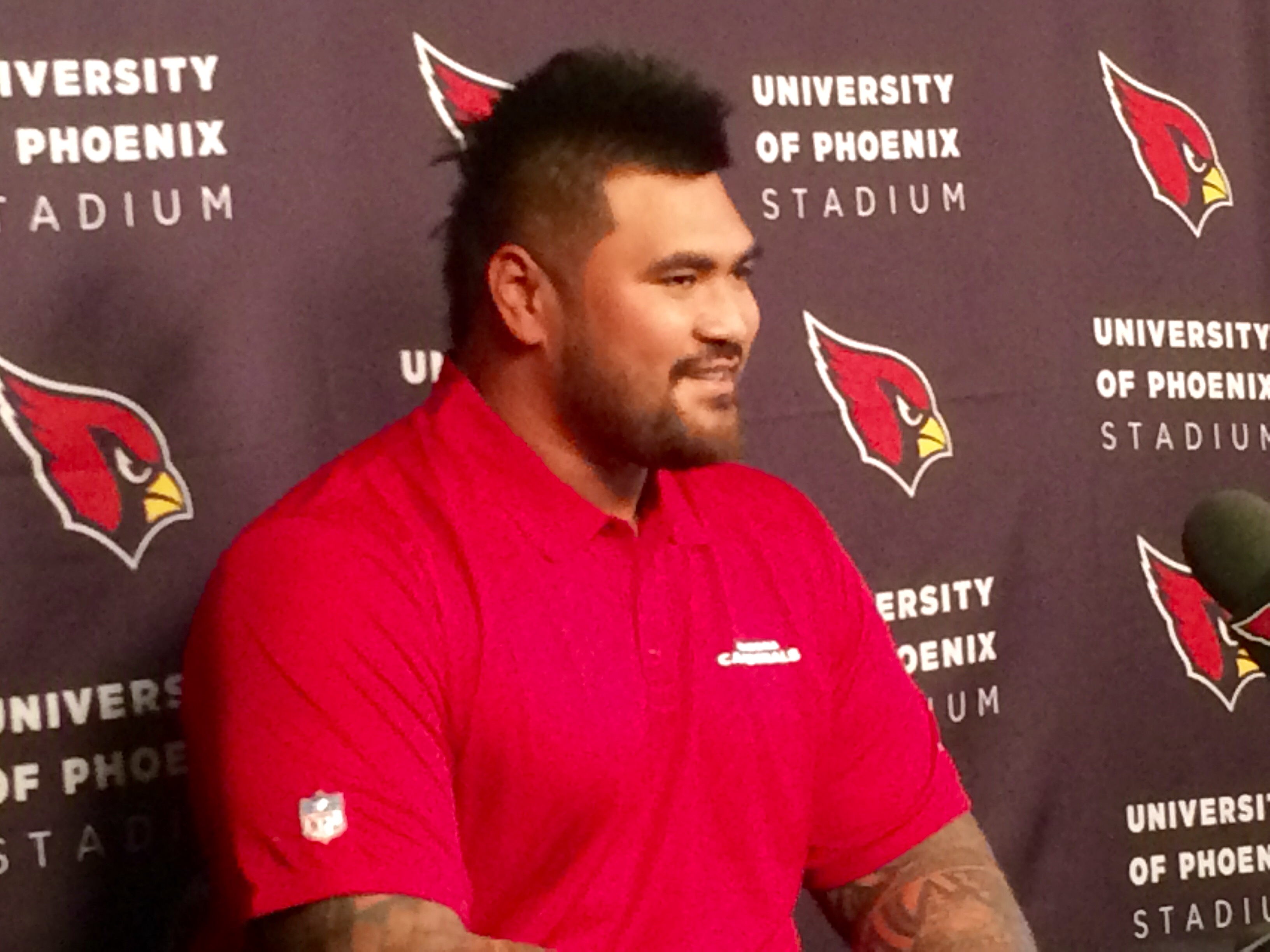 Just days later he proved to be a man of his word.

The Arizona Cardinals have dove head-first into the free-agent pool re-stocking several key positions including the offensive and defensive lines, as well as linebacker. In the infancy of the new league year there are whispers the Cards could be tracking one of the NFL’s biggest catches in Adrian Peterson.

Wednesday in Tempe the club introduced some of the fresh faces, including three-time Pro Bowl guard Mike Iupati who could pair with left tackle Jared Velheer and form one of NFC’s top duos up front. Many considered the former San Francisco 49er the best offensive lineman on the market.

“They want to run the ball,” the mammoth, yet soft-spoken Iupati explained from the team facility in Tempe. “Hopefully adding me will solidify the offensive line. I think I have a lot of to bring to the table.”

Another player added to the BirdGang was linebacker Sean Weatherspoon who comes over from the Falcons after signing a one-year deal. Talented yet injury-prone, he provides insurance with Daryl Washington’s status uncertain at best.

“I feel great,” Weatherspoon said about his health. “Ultimately, the last two years have been rough…it builds character. Been working hard at my body. I have faith that I’ll be fine. I’m looking forward to getting a new set of wings. I’m looking forward to being a part of the Bird Gang…I’m going to play my [butt] off for this organization.”

One of Weatherspoon’s teammates in Atlanta, defensive lineman Corey Peters joined him in the desert and will help replenish a position which was thinned with the exits of Darnell Dockett and most recently Dan Williams. He said he turned down more lucrative offers to sign with Arizona.

“It just felt like it was the best fit,” said of the Cardinals. “The team is great. They’re building something special. Honestly, I feel like they’re right there.”