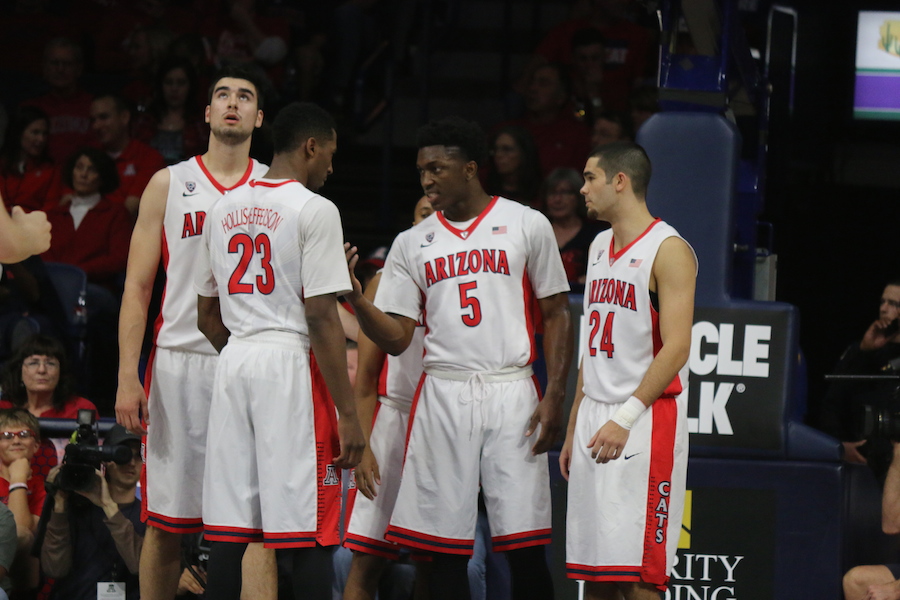 On Monday after the regular season schedule came to an end for the Pac-12, they announced their All-Conference performers and teams.

Four Arizona Wildcats were honored among these lists. Freshman Stanley Johnson becomes the second Wildcat in as many years to win the Freshman of the Year award after he averaged a team-leading 13.9 points, which was most among all Pac-12 freshmen, and 6.6 rebounds per game. He was also named to the All-Freshman team Sophomore Rondae Hollis-Jefferson and Senior T.J. McConnell were named first team all-conference and all-defense and Junior Brandon Ashley was named Honorable Mention All-Conference.

Arizona State had two players honored on Monday. Freshman Tra Holder was named to the All-Freshman team in a year where he was arguably the most improved player in the Pac-12 from where he was from the start of conference play until the end of it. Senior Shaquille McKissic was named Honorable Mention All-Conference and All-Defense as well.

Oregon was one of the best stories over the course of the season after what the program went through dismissing three players due to a sexual assault situation. Dana Altman is undoubtedly deserving of rallying the troops and Joe Young was the leader of this team on the floor that has worked themselves up to the second seed in the conference. Next to Arizona, they are the hottest team in the conference going into this week’s Pac-12 Tournament.

The complete list of Pac-12 Honors are as follows:

THE VOTE: According to the Pac-12, Coach of the Year, All-Conference, All-Freshman, All-Defensive teams and Most Improved Player are voted on by the coaches. Coaches are not permitted to vote for themselves or their own players for the honors.