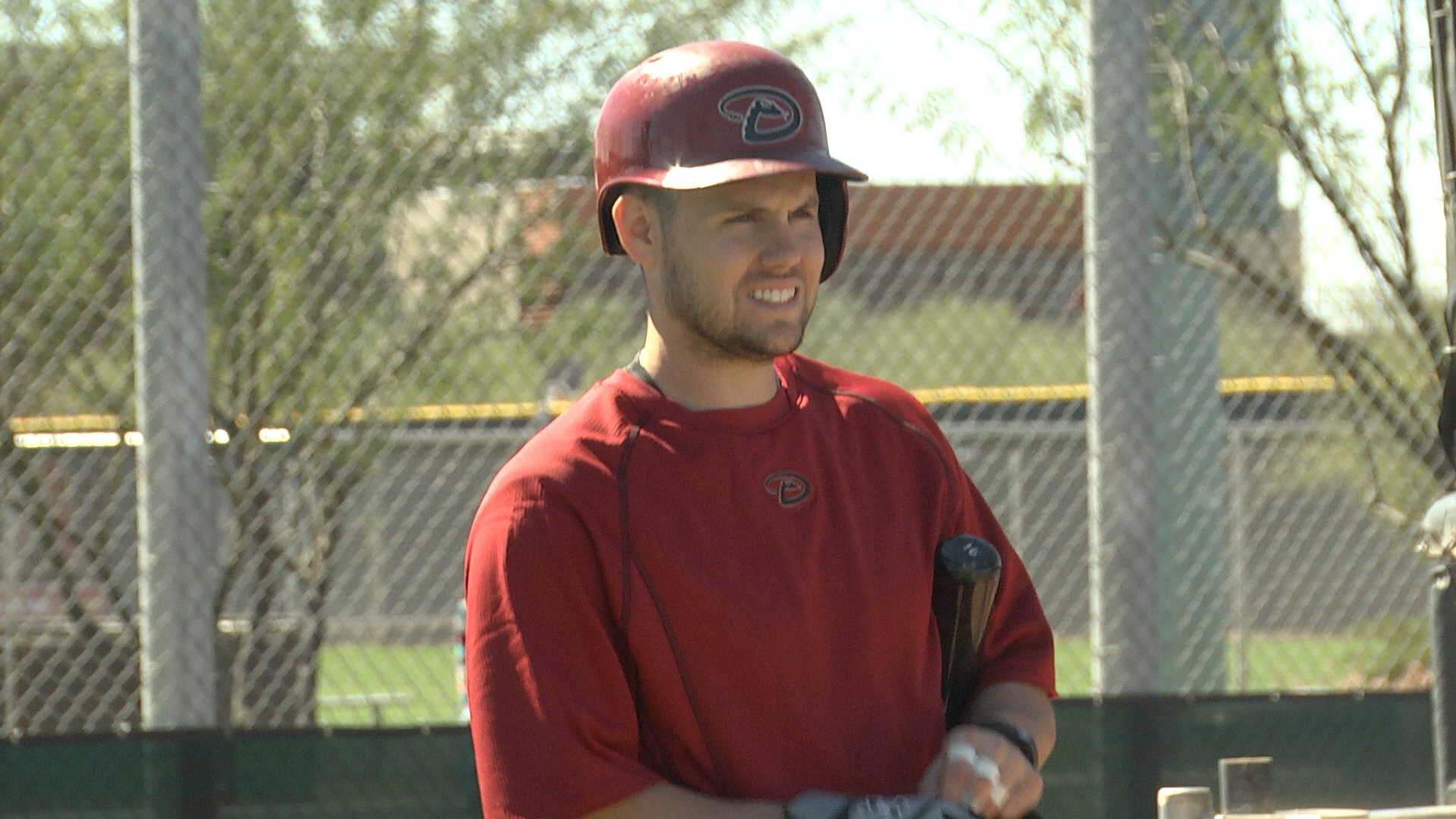 Chris Owings was one of the top hitters at any position for the Diamondbacks Triple-A affiliate, the Reno Aces, in 2013. That success at the plate was beginning to translate to the big league level in 2014 for his first full season with the Diamondbacks. In his first 72 games, he was making a big impact and was on somewhat of a tear heading into the all-star break hitting .277 with six home runs, 21 RBI, 26 runs scored and 15 doubles.

But then his season came to a screeching halt as he sustained a shoulder injury which would not go away. It forced him to play in just 19 games in the second half of the season and he never really got into the rhythm, nor did he ever get completely healthy.

“It was frustrating,” said Owings. “I was getting on a little streak there and was finally starting to get comfortable a little bit. Hopefully I’ll get over this and get back to where I was.”

The first step to getting back to where he was, was to repair that shoulder. He had surgery on his non-throwing (left) shoulder to repair his posterior labrum. The rehab process has been tough seeing how it’s hard building strength to be able to trust your swing again with an injury like that. But Owings is progressing well and made it on the field for the first time this spring for a “B” game on Thursday.

“I’d like to think that I am finally over it,” Owings said. “I had surgery this offseason and things are on schedule.”

“He looked good,” said Diamondbacks Manager Chip Hale. “He looked healthy. That’s the main thing with him right now. His first at-bat he lined the ball back up the middle for a hit. He played well, ran the bases, slid, scored on a but where there was an out at first and came around third. We will see how he feels tomorrow and then try to get him in there Saturday for the day-night double header.”

Rehab work aside, this spring training has felt no different for Owings even though he is coming off of his first full season at the big league level.

“This is like my fifth big league camp so I try to treat it just like I did my first year,” Owings explained. “I feel like that has been a good through process of handling that and just trying to compete for a position every year. Wherever it is.”

Wherever it is could consist of shortstop or even second base. Last year at this time, the story was whether it would be him or Didi Gregorious that would win the starting job at shortstop and the other would most likely be sent to Triple-A. Owings won that spot and Gregorious was sent to Reno and then to the Yankees this past offseason.

Though Didi is gone, there is still a competition and Owings role is not set in stone. He spent a lot of time at second base last September after coming back from injury while top-10 prospect Nick Ahmed received some reps at shortstop for the D-Backs. Playing second or short is the question but Owings is fine with either.

“I am going to do whatever they want me to do,” he stated. “I am comfortable with either one…With me playing all September over there at second base, I really got comfortable over there. I have gotten a ton of work at either spot.”

No matter what position Owings ends up playing at everyday, one thing is for sure, his ability could be crucial in the rebuilding process for the Diamondbacks based on what we have seen from him at the minor league level and for spurts in the majors. It is the hope for him as well as the organization that he gets back to that level.