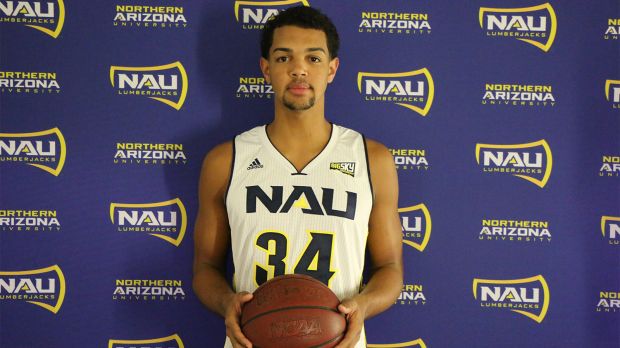 After the conclusion of the 2014-15 season, the Big Sky Conference announced their postseason honorees and among the list of players, four members of the Northern Arizona Lumberjacks were represented which is the most since the 2006-07 season.

The Defensive Player of the Year award was given to forward from Las Vegas, NV, Jordyn Martin. The Junior ranked sixth in overall (7.1) and Big Sky games (7.4) in rebounding which was top ten in both categories in the conference. He also added 13 blocked shots to his resume while more often than not, guarding the best player on the floor for opposing teams. Martin becomes the first NAU player to earn DPOY honors since Aaron Bond in 2004.

One Lumberjack was named First Team All-Conference. That was sophomore guard Kris Yanku after leading the league in assists with 6.6 per game during conference play and finished eighth in scoring at 15.8 ppg. He also ranked in the top 15 in rebounds and top 10 in assist/turnover ratio throughout the season.

NAU was represented on the Second Team All-Conference list as senior Quinton Upshur was honored. He led the ‘Jacks in scoring in each of the last two seasons since transferring into the program before the 2013-14 season, a season where he was named First Team All-Big Sky and Newcomer of the Year. He followed up that breakout year with another good one in 2014-15 averaging 14.4 per game.

Below is the full list of the All-Big Sky Award winners: