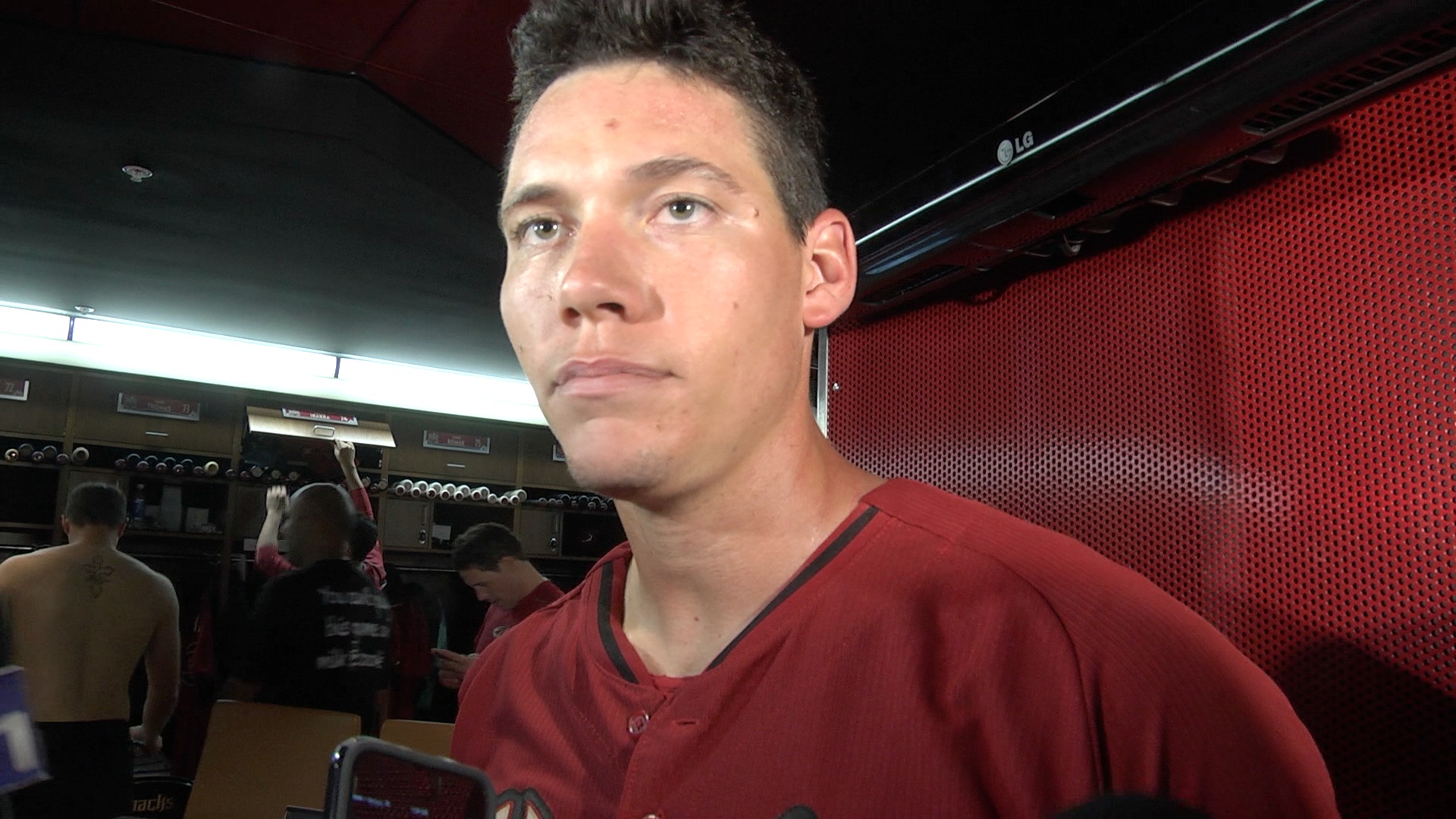 There may not have been a lot of praise for former Arizona Diamondbacks General Manager Kevin Towers on his way out the door but there is one move in particular before his time was over with the club that could pay big dividends in the future.

Prior to last season’s trade deadline, the D-Backs dealt Martin Prado to the Yankees and one of the main prospects they received in return was New York’s number nine prospect going into the 2014 season, catcher Peter O’Brien. In three season’s with the Yankees organization, O’Brien batted .266 with 72 doubles, 65 home runs, 200 RBI and a .533 slugging percentage in 273 games played. His ability behind the plate is said to be growing each year but it is his bat that has really set him apart. When he first joined the Diamondbacks organization, he came in one of the full-Minor League Leaders in home runs and everything seemed to be clicking.

“You pay attention to that stuff and it will get you in trouble,” added O’Brien. “My biggest thing is going about my business. Obviously you will know things because people will mention it to you, but I honestly try to stay away from that stuff and help my team win.

The competition at the Catcher position is an interesting one as the Diamondbacks begin spring training. Tuffy Gosewich is the veteran of the group and based on his experience, would seem to be the leader at this point. Oscar Hernandez was selected by the team in this past ‘Rule 5″ draft and the team seems to be very high on his abilities behind the plate. As for O’Brien, of the three he probably has the best bat and highest ceiling offensively. He knows that is his strength and the big flies will help. But he expects more from himself as a complete hitter and it’s what he is working on this spring.

“I am a big power guy but for me personally, I need to tone my swing down,” O’Brien mentioned. “Stay short, stay down on my legs. I don’t focus on hitting the long ball, I try to drive the ball to the middle of the field and whatever happens, happens.”

2014 was overall a monster year for the 24 year-old catcher. Big offensive numbers, being selected to play in the Futures game at Target Field, and then after being dealt to the Diamondbacks, hit .385 AVG with a home run, 4 RBI and a .429 OBP in his first four games with the Mobile Baybears. However, the season did not end on a high note as those would be the last four games he would play and spend the rest of it on the disabled list.

“It was definitely a tough way to end last year,” said O’Brien. “Luckily I was able to get back to 100%, get healthy. I played in the Arizona Fall League a little bit so I was able to keep things going there and make sure I still had it. I got some rest this offseason and have come back ready to work and I am ready to compete.”

O’Brien and the catching position of one of the many great position battle story lines that fill the Diamondbacks 2015 Spring Training. It might be hard for O’Brien this season as Gosewich looks to be at the big league level no matter what and Hernandez based on the Rule-5 draft, must be part of the Big League roster or else he will be shipped back to Tampa Bay. The Rays could but him and the Diamondbacks could resign him outright, but that requires a lot of moving part.

Regardless, those sitting in the outfield lawn at Salt River Fields better keep an out for Peter O’Brien home runs while he is nose deep in this competition through March not matter what the outside stipulations entail.