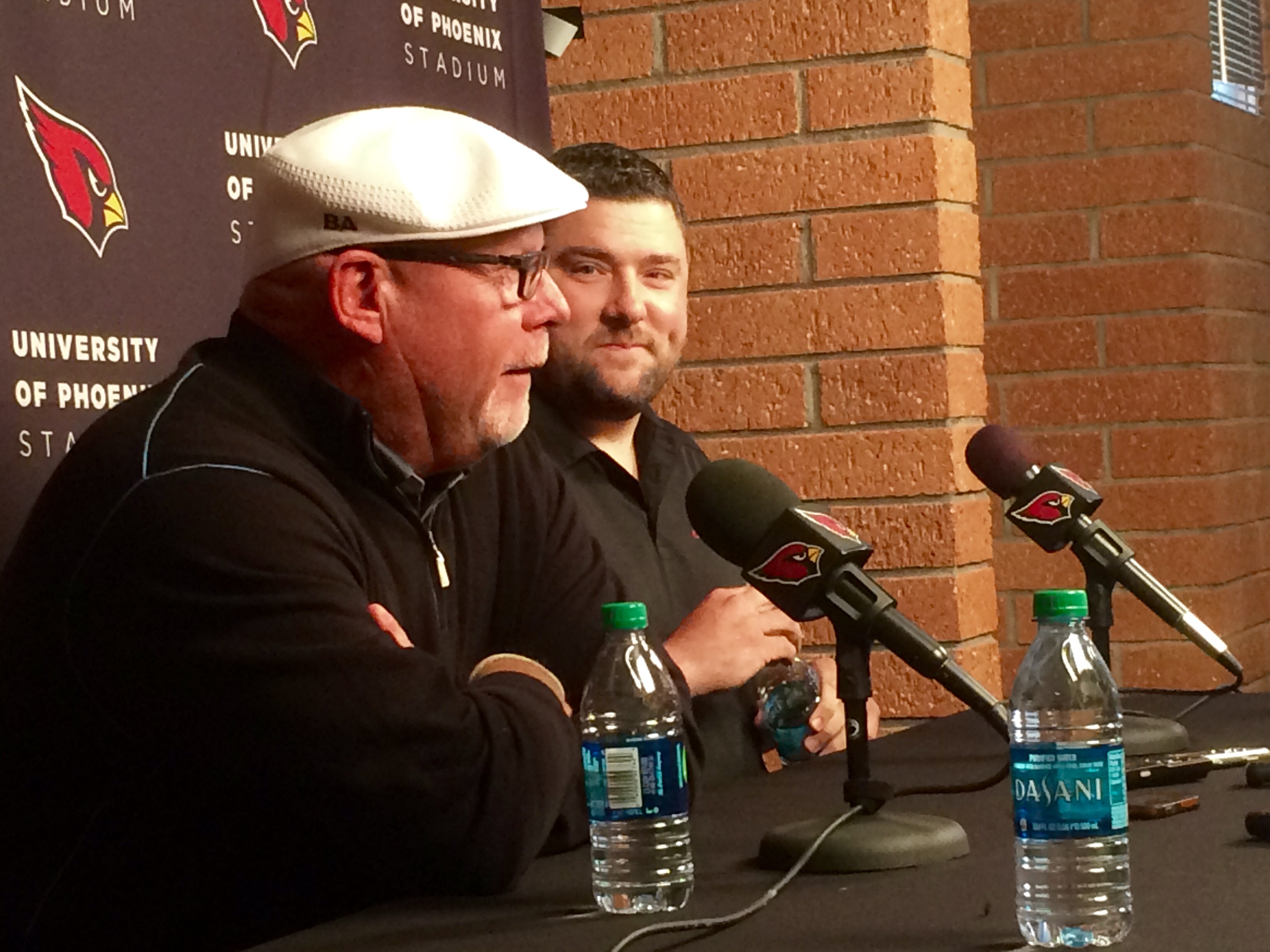 Arizona Cardinal fans may not know much about newly promoted James Bettcher but they’re quite familiar with the system the new defensive coordinator will run this fall.

“We’re going to continue to do things the way we’ve done them the last three years,” the 36-year old told to the assembled media Tuesday afternoon in Tempe. “This is the Cardinal way. I’m fortunate to have this opportunity.”

Bettcher, who coached the outside linebackers the past two seasons, was with head coach Bruce Arians in Indianapolis before transitioning with Arians to the desert before the 2013 season. He caught the attention of “BA” and players like Pro-Bowler Robert Mathis for his honesty in analyzing their strengths but more importantly, their weaknesses while helping them improve their overall skill-set.

“It’s easy to recognize shooting stars,” the 2014 NFL Coach of the Year explained. “Age doesn’t have [expletive] to do with it. I know he can coach. The command of the room has always sold me on him.”

Bettcher takes over for Todd Bowles who was named the head coach of the New York Jets last month. He credited Bowles, Arians, Indianapolis head coach Chuck Pagano and others for mentoring him along the way to his fast-track up the coaching ranks,.

“I’ve been so lucky,” he said. “To learn from some outstanding coaches. You learn how to shut up and listen. To me it’s just about the journey to get here.”

He believes the key to the Red Birds continued defensive success will be limiting explosive plays and stopping the run on first and second-down.

The club also announced the hiring of Bob Sanders as linebackers coach, the promotion of Mike Chiurco to defensive assistant/assistant defensive backs coach and Wesley Goodwin has been named assistant to the head coach.