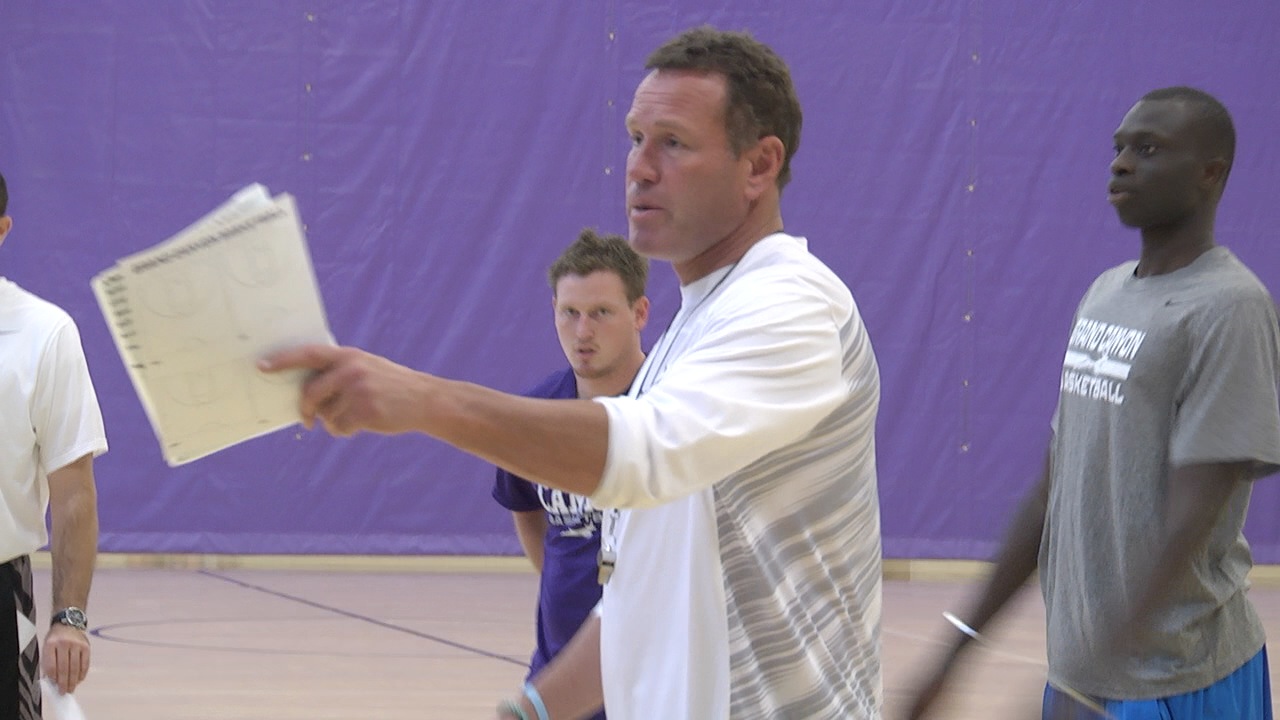 Jerry Colangelo once lost a coin flip for the right to draft Lew Alcindor, later Kareem Abdul-Jabbar, for the Phoenix Suns. Close to five decades later, Colangelo is still thinking about close losses, though the team is different and the stakes are far lower.

Grand Canyon University’s basketball program has replaced the Suns as the primary local basketball focus in Colangelo’s life. The rapidly growing school’s college of business is named after him and he is currently an adviser to the Grand Canyon basketball team.

“In our second year to make the progress we have,” said Colangelo. “I think we’re doing just fine.”

Of course, the man at the center of Grand Canyon basketball resurgence is someone Colangelo knows quite well. Dan Majerle, who is in his second year as the Antelopes’ head coach, was one of the most popular players to ever don a Phoenix Suns uniform while Colangelo owned the team. Colangelo spoke proudly of his accomplishments at GCU.

Majerle also likes the growth but cautions the Lopes are still a work in progress.

“We’re having an ok season,” he told Sports360AZ.com in a phone interview with Brad Cesmat Tuesday morning. “If we can find a way to finish strong it will be a successful year for us. We’ve played well on the road so I’ll be interested to see how we play this weekend.”

GCU travels to Chicago State on Thursday and Kansas City on Saturday before returning home for their regular season finale March 7th against Seattle University.

Going forward, Colangelo is convinced Majerle’s squad will be a force in the WAC and believes that the team is well ahead of schedule, something he believes their opponents have taken note of.

“The WAC has not allowed us to participate in the postseason conference tournament,” said Colangelo. “There are other teams who fall into the same category as us and their conferences allow them to participate. We’re working on that. But I think there are teams in our conference who would rather not see us.”

Although not eligible for the WAC or NCAA tournament, Majerle believes Canyon (16-12, 7-4) will likely gain a CIT (Collegeinsider.com Postseason Tournament) birth like they did last season, dropping a close game to Pacific at Antelope Gym.