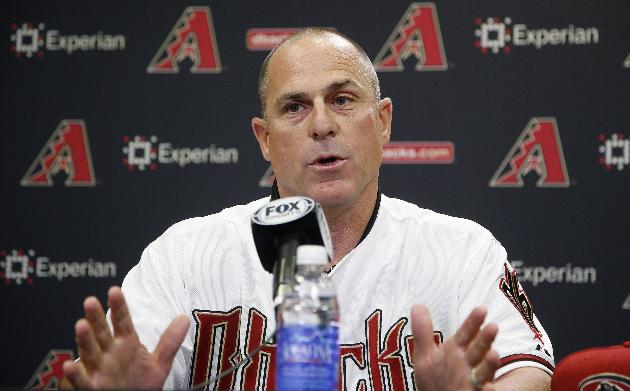 Chip Hale calls Tucson, the town where he played college baseball at the University of Arizona, his home. But according to Derrick Hall, President and CEO of the Diamondbacks, Hale hasn’t been spending much time around the house the past few months.

“He lives in Tucson,” Hall told Sports360AZ.com in a recent phone interview, when talking about his team’s new manager. “Yet you wouldn’t have known that because he came up here (Phoenix) immediately when the season was over. He and his wife have both been in here everyday.”

That kind of passion for the job would not surprise those who have known Hale over the years. A former player who spent most of his career with the Minnesota Twins organization, Hale has worked hard to reach the level of major league manager. He spent six seasons managing within the minor leagues and since 2007 has been a bench coach for three different major league clubs. Along the way, his work and style caught the attention of the Diamondbacks.

“He has so much passion and enthusiasm,” said Hall. “He’s a teacher, he’s a motivator. This is a guy who is a winner.”

Hale’s pedigree is also a plus for the organization, as he has a long-standing relationship with Bob Melvin, who was the former manager in Arizona and a favorite of Hall’s. Hale was a coach under Melvin for the Diamondbacks from 2007-2009 and again in Oakland from 2012-2014.

“I hired Bob as a special assistant,” said Hall. “I only had him for a few months before Billy Beane called me and said ‘Can we talk to him about manager?’ and I said, ah, that’s one I really want to say no to. But we said yes and he had the proper mindset to make Chip his bench coach.”

Now that the franchise has gotten their man, it will be up to Hale to produce on the field. It won’t be an easy task, as the team is facing significant roster changes from last season. But Hall believes that Hale’s history indicates that players respond well to him, and he believes the Arizona players will be no different.

“Players love to play for him and we’ve seen it every day,” said Hall. “He has the same attitude, the same passion, that same energy every day at Salt River Fields and it’s just infectious. I think he’s going to be a huge success.”

The D-Backs’ pitchers and catchers report to Salt River Fields on Thursday with the first workout scheduled for Friday in Scottsdale.