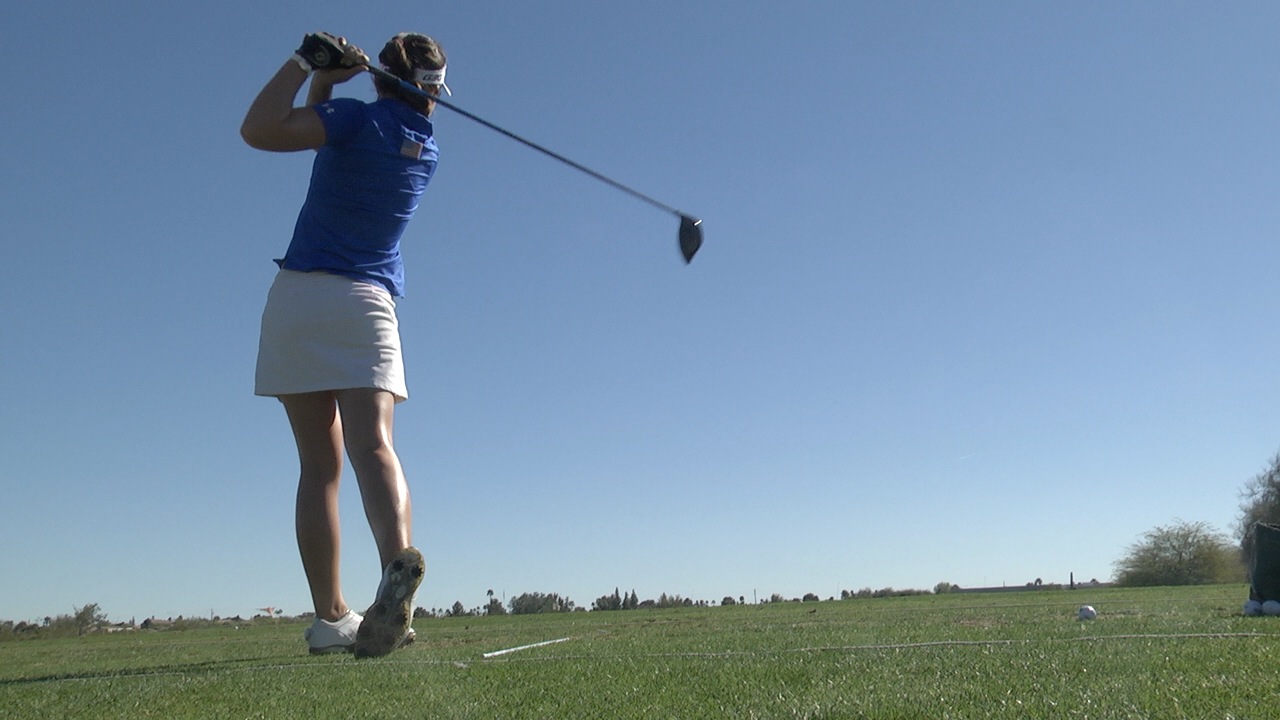 Mondays can be a beast sometimes. If you’re Chandler Hamilton golfer Hannah O’Sullivan, this Monday is smooth sailing. The high school student won the Gateway Classic on the Symetra Tour at Longbow Golf Club this past weekend. O’Sullivan was granted an exemption to play as an amateur, and ran away with the tournament after posting a score of 15-under. She is now the youngest player to win an event on the Symetra Tour and also holds the 54-hole tournament record. We caught up with O’Sullivan less than 24 hours after her big win:

“A lot of my friends were congratulating me and saying they saw me on the news.   It was really cool to see a lot of support from my friends and family.”

How past experiences helped her:

“I played in the 2012 US Women’s Open, so that definitely helped a lot. (I’ve competed) in not only professional events, but I’ve competed in a lot of junior competitions, so it helped prepare me. I’ve been in some pressure situations before so I’ve learned from my previous experiences.  It’s helped me a lot to stay calm and play it shot by shot, and luckily pull out the win yesterday.”

Her mindset going into the tournament:

Playing with a lead:

“I was definitely feeling a bit nervous, but I knew it was a great opportunity.  And I had so much fun. I just kept it light and…I just tried to run with it and seize the moment. I’m glad I was able to deal with the pressure and deal with the nerves. “

When she realized she could win the Gateway Classic:

“I think somewhere on the ninth hole on the final round, my lead got up to six or seven. I told myself I can’t get ahead of myself. Golf is a crazy game.  Anything can happen, so I just had to do the best I could do and run to the finish.”

What she learned from her fellow golfers in the tournament:

“I learned a lot. They are all great players and incredible competition. (I learned) how to manage yourself around more spectators than what I might see at some junior golf events.   (The other golfers) are all really nice, and I had a great time playing with them, meeting them, talking to them and picking their brains because they…have more experience and have gone through college. I definitely learned a lot.”

Being the youngest player to win a Symetra Tour event and beating the tournament record:

“I don’t think it’s sunk in yet even the day after. It feels incredible and I feel so blessed. It means a lot to know that all of my hard work has paid off. My dream is to play on the LPGA tour after I graduate college, so it’s a really good boost of confidence and hopefully it shows I’m on the right track. “

“My next event is the Monday qualifier for the Founder’s Cup here in Phoenix. That’s another great opportunity. Hopefully it goes well. I’ve had a good offseason; I got my drivers license this past winter and got my ACTs done. I got a 35, so that was really exciting.”