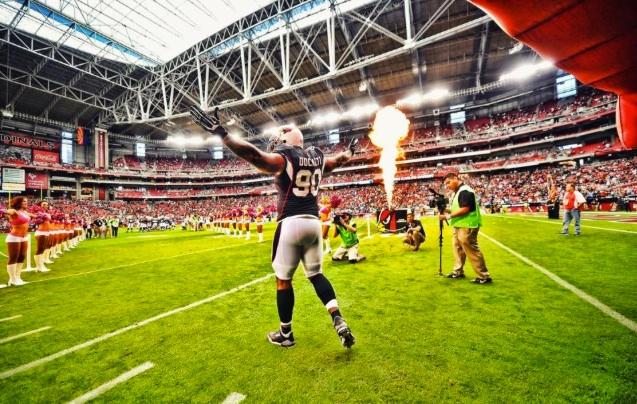 The Arizona Cardinals were able to restructure with one main fixture of their team since selecting him in the 2004 Draft in wide receiver Larry Fitzgerald already this offseason. But as of Friday, it could not be said for two from that draft class.

After 10 seasons which included 158 regular season games played and three Pro Bowls, the Cardinals announced that they have released defensive tackle Darnell Dockett.

“We have been very clear about our feelings for Darnell and our desire to have him back,” said Cardinals general manager Steve Keim. “After speaking with him and his representatives, we decided that this move today makes the most sense for both the team and the player and allows each to keep all of its options open.”

Dockett going into the 2015 season was to be owed $6.55 million with a salary-cap figure of about $10 million. According to reports, releasing him will cost around $3 million which will as a result free up $6.8 million in cap space. It was the hopes of both sides that an agreement to restructure to free up cap space could be agreed upon but as of Friday, it appears no agreement was met.

There is no saying however that Dockett’s career with the Cardinals is over. He will now hit the open market as a free agent and will have the opportunity to see his worth as a 10 year veteran coming off a season where he didn’t play a single down after tearing an ACL in training camp. He could come back to the Cardinals in the end if they happen to have the best deal for him in place.

No matter the logo Im gonna win that comeback player of the year….

Dockett has his sights set on a big return in 2015. What uniform he will wear in the process will be a big story over the next several weeks.