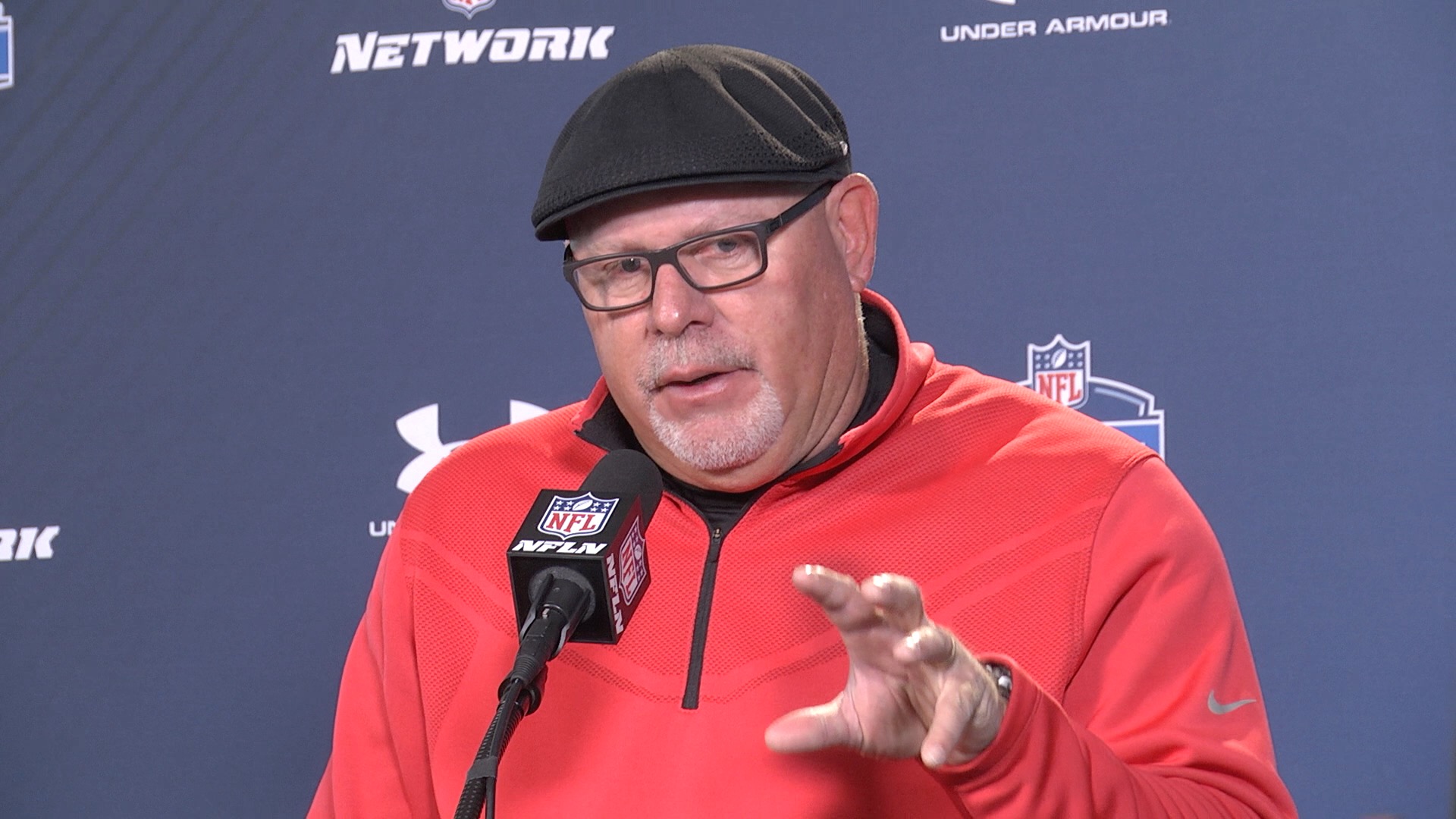 INDIANAPOLIS–Bruce Arians has learned his lesson over the years.

Don’t always believe what you see.

Especially this week at the NFL Combine taking place inside Lucas Oil Stadium.

A small sample size can get teams in trouble. Particularly one’s who dive hook, line and sinker after a player who’s “off the charts” performance wows NFL execs this week.

“I’m not a big track meet guy,” Arians coyly told the assembled media during his 15-minute session Thursday morning. “Too many guys sky-rocket when they leave the Combine because they ran a four-three but when you turn the tape on they don’t hit anybody…you can’t get too enamored with the numbers.”

Sure, every team makes draft mistakes but you can’t judge a player “off 15 minutes.” Case in point talented, yet controversial quarterback Jameis Winston who Arians called “a good kid” during his presser. He’s known Winston since the Heisman Trophy winner was in ninth grade. Another

Arians said one of the priorities in this draft is to add speed at the linebacker position but feels Alex Okafor is progresses well. The former Texas Longhorn star broke out with eight sacks last season.

“BA” said Carson Palmer is progressing well and is 3-4 weeks ahead of schedule in rehab.

He discussed the re-signing of Larry Fitzgerald which was one of the bigger developments here on Wednesday.

“We’re going to throw him the [explicative] ball,” Arians explained. “The big thing for Larry is that we got to keep him healthy.”