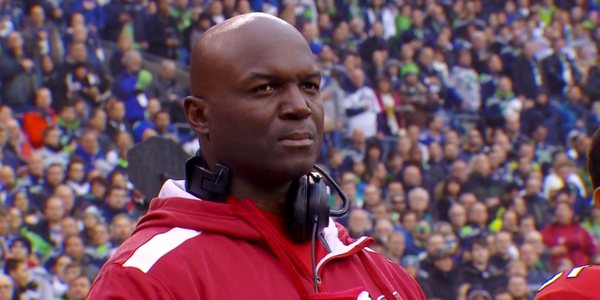 As the Arizona Cardinals 2014 season came to a close over the weekend many around the believed it may have signaled the end of defensive coordinator Todd Bowles time in the desert.

After spear-heading one of the NFL’s most successful units before injuries and other circumstances eventually de-railed Arizona’s season, Bowles’ name is one of the most prominent being attached to several head coaching vacancies around the league. In fact, five of the six teams on the search have been linked to one of the most well-respected assistants in the game.

So which is the best fit if presented with options?

“If I were him I’d really want to get involved in Atlanta,” SI.com senior NFL Writer Peter King told Sports360AZ.com’s Brad Cesmat in a recent interview. “I think that’s the best job right now. Its got a quarterback who really wants to be great [Matt Ryan] and I think has a chance to be great in that system. So I would want the Atlanta job. I’d be afraid of Chicago, I think it’s a little bit toxic.”

King said a west coast team could be a logical landing spot for Bowles.

“I like the Oakland job a little bit,” he explained. “As long as you’re going to get control to go what you need to do with [managing general partner] Mark Davis, I don’t think that’s a bad job at all. That’s the best Oakland job I’d say in eight or 10 years with the best young talent that they’ve had in a while.”

Reports say Bowles will meet with the New York Jets on Wednesday, the Falcons on Thursday and like the Bears and San Francisco 49ers after that.

His expected absence is just one of the many questions Arizona faces heading into what is expected to be a busy off-season.