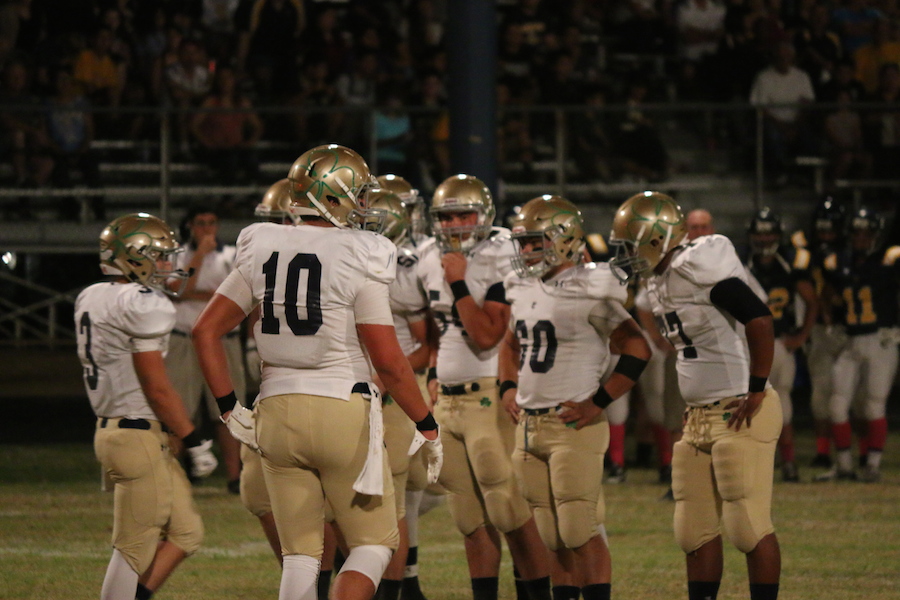 The opening round of the D4 and D5 Football playoffs include some eye-popping travel distances, including Tuba City’s 397 mile trek to play top-ranked Yuma Catholic. Overall, lower-seeded division 5 teams will be traveling an average of 176 miles in order to play in their first round games on Saturday, while division 4 manages to top that average at 197 miles per road trip.

16th seed Tucson Sabino has the longest road trip of any division 3 school as they travel 130 miles north to take on Scottsdale Saguaro, but that distance is less than half of what division 4 16th seed Page will have to drive to square off against Seton Catholic in Chandler.

Winslow snuck into the 8th seed in division 4 with their section-clinching win over Page in the regular season finale, and with that jump in the AIA power points rankings, they cause the #9 seed, Parker, to have to drive over 300 miles to play in their first round game- a distance that could end up being a deciding factor in an otherwise evenly matched contest. “We’re staying in Flagstaff on Friday night to try and break the travel time up,” said Parker athletic director Dan Maya. “We feel like waking up together, having a good breakfast, and then making the rest of the trip to Winslow will give us the best chance to win.”

Most are excited about the opportunity to travel to other parts of the state and represent their school in the state playoffs, but travel distances can also discourage some athletes if they don’t feel like they have a chance to compete once they get off the bus. It was reported this past weekend that some players at a division 4 school decided they’d rather quit the team and enjoy their Halloween rather than make a 160+ mile drive for a regular season finale that they believed they had no chance of winning. “Our kids feel like they can win,” said Maya. “It stinks when you have to travel a distance like that and you don’t have a chance.”

Arizona’s rural and charter schools have become accustomed to long road trips for both regular season and playoff games, and the need to factor in those types of travel arrangements can present an extra challenge to coaches and administrators who are working to foster their school’s athletic success. “With regular season travel you always know several months in advance and can make arrangements to budget accordingly.” Said Erik Gray, athletic director of the CAA-based Leading Edge Academy in Gilbert. “With the playoffs you can have as few as 3-4 days to make arrangements, and logistically a turnaround time that short can be tough.” Gray posed the question that with such a large number of schools covering the vast Arizona landscape, if neutral sites for opening rounds might be in the states’ future.

For some who are used to travelling long distances, like the kids at Parker, changes in their division alignment can actually provide some relief. “We’ve been traveling ever since we joined the AIA,” said Dan Maya. “Recent changes have made it so we travel a lot less than we used to. With the second lowest enrollment in the division and a high number of low income students, our success this year is a reflection of our coach (Jeston Lotts).”

Below are the distances the lower seed must travel for their opening round game in division 5 (top) and division 4 (bottom).