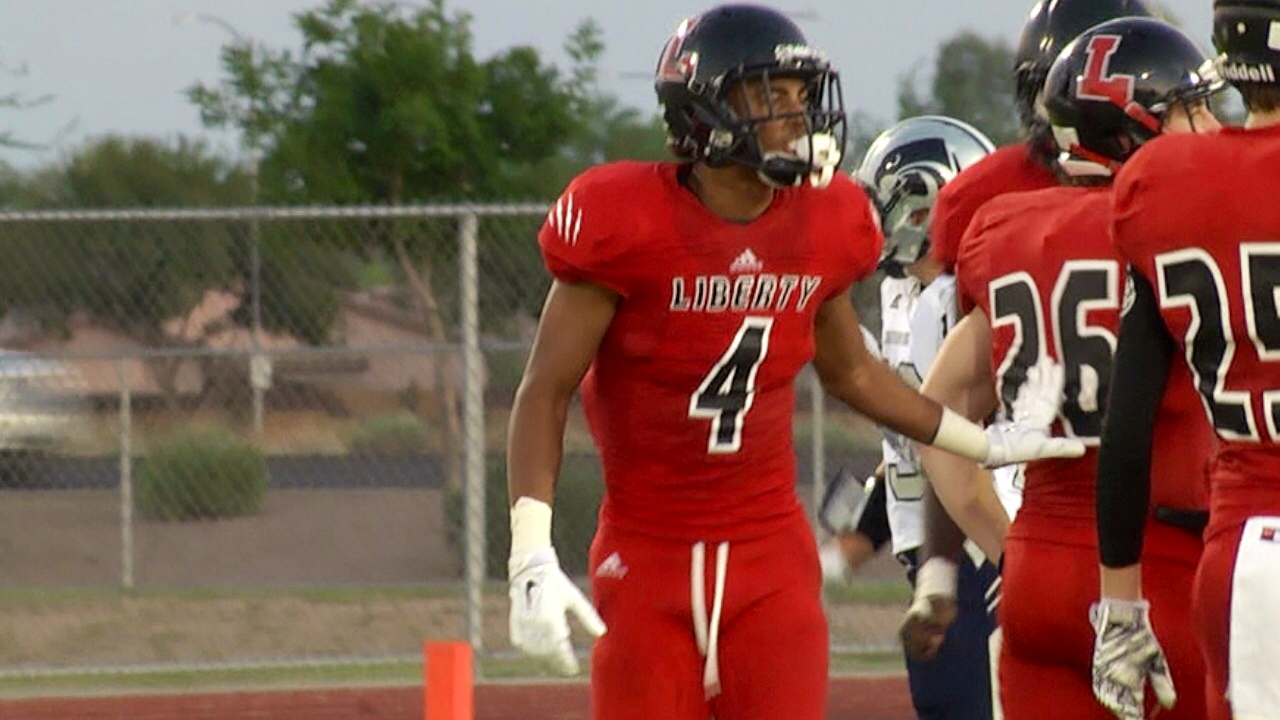 Dan Fileman started the Liberty program from scratch back in 2006 with a bit of a one-track mind.

Looking back on it and all that has been accomplished there was only one thing he would have changed.

“I probably should have given the same amount attention to defense as the offense from the get go,” Fileman said. “We might have gotten here a little earlier.”

Here is the Division II state championship as top-seeded Liberty (12-1) prepares to play No. 3 Centennial (11-2) on Saturday at 4:30 p.m. at Arizona State’s Sun Devils Stadium.

The Lions have always been an offensive force under Fileman but after coming up short in the postseason every year.

Before this season Liberty never made it past the quarterfinals while allowing an average of 43.6 points in the game that knocked the Lions out of the playoffs.

In other words the evidence was a bit overwhelming.

While the offense is still potent – quarterback Tyler Watt (21 touchdowns, 2,130 yards), running back Jake Schuiteboer (1,052 yards, 15 touchdowns) and three receivers with at 35 catches – the defense has become part of the team’s identity behind the play of senior outside linebacker Chase Hulbert, senior middle linebacker Troy Bethshold and senior defensive lineman Aaron Blackwell.

“I’m an offensive guy, but we have been working on it the last few years,” Fileman said. “We are flying to the ball and I think we (Centennial and Liberty) are two of the best defenses in the state.”

That seemed to be the case in the first meeting with the Coyotes as Centennial won 17-14 with a fourth quarter touchdown.

“They are a much better team defensively now,” Centennial coach Richard Taylor said. “We knew (in previous years) we’d be able to score, and if we got a few stops on them we’d win. It’s different now. They have the ability (defensively) to force the you in to tough down and distance and earn everything you get.”

Centennial, which also beat Liberty (42-31) last season in the only other meetings between the two teams, has been a different challenge for opponents over the years as the Coyotes.

They are making their sixth appearance in the championship game since 2006 with hopes of winning their fourth after earning three rings from 2006 to 2008.

“They’ve been the standard,” Fileman said. “We are prepared for a battle.”

The first one was just that as Steele connected with Smith on a 26-yard touchdown with 6 minutes and 14 seconds left in the game.

“It was a tough, physical game,” Centennial’s Young said. “They played us different than before. We are ready for another tough game.”

Of course the first meeting only has a little bearing on what happens on Saturday. The teams have grown since the Sept. 26 meeting and the coaches will make plenty of adjustments based on what worked and didn’t in the first go-around.

“It’s a chess match,” Fileman said. “Our defense played lights out that game. We had 10 three-and-outs, but we gave up a score in the fourth quarter. It’s hard to tell how this one will go.