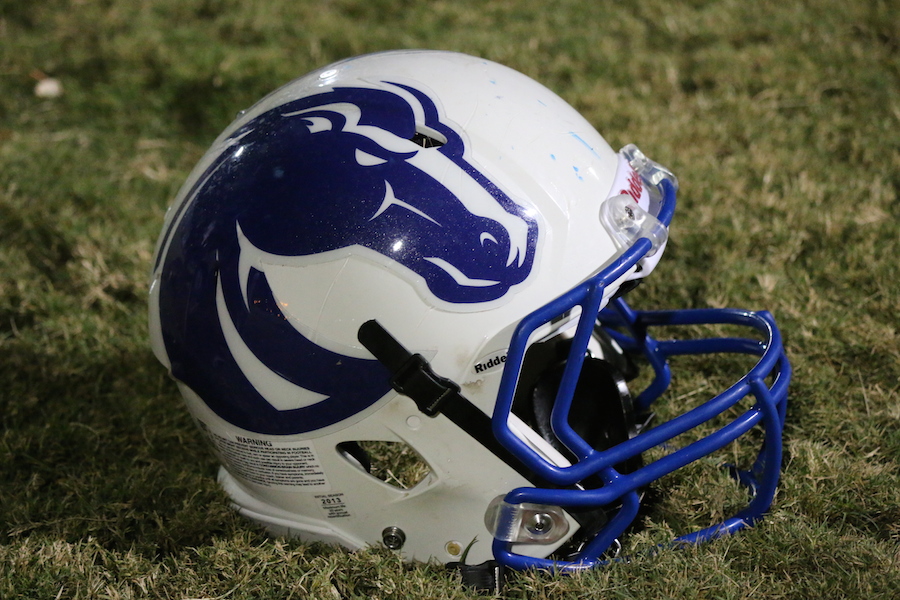 The results on Friday showed that the reclamation project taking place with the Dobson football program still has some work to do, but it did not take away from what is being accomplished on Guadalupe Rd.

The Mustangs played their worse game since August and fell 17-0 to Desert Vista this week.

The offense moved the ball well, but couldn’t finish drives. The special teams missed two field goals. And while the defense played well, only giving up three first downs in the first half, it wilted a little in the fourth quarter when Desert Vista scored twice to put the game away.

But this more about the atmosphere surrounding the program rather than the winning percentage.

It must be said the Mustangs (5-3) have nearly won as many games this season as the previous three years (6-24) combined.

The fact that the wins have come against teams had combined for five wins coming into this weekend doesn’t change the strides that have been made.

The wins are a product of the culture change that has been going on since George De La Torre took over prior to the 2012 season, similar to what he was able to do at Florence (2009-11) and South Mountain (2005-07).

“We knew patience had to be the most important ingredient,” said De La Torre, who was a longtime assistant under Jerry Loper and Jim Jones. “We came out this year with the idea that if we did the work, stuck with the process the score would take care of itself. We have this saying we are going to be the best at getting better.

It has led the players feeling good about the direction of the program and having the confidence to believe it can win at Desert Vista, which is having a down year but won the Division I state title in 2011.

It’s been a longtime since Dobson has this much positive vibes this far into a season.

“Last year, I played up a little bit, there were a lot of seniors but not leaders,” junior quarterback Corey Evans said. “This year the seniors are leading us and people want to follow them.

“We are only going to get better (next year). We are closer as a team. I respect coach De La Torre a lot. He teaches us a lot and not just about football.”

Running back Erik Heller, who had 122 yards against Desert Vista, Anthony Ford, who has been the main receiving threat, and lineman Tyler Smith are some of the seniors leaving an impression their final season.

A win over Desert Vista would have marked the team’s first winning season since 2007, but the loss to the Thunder will make it difficult to reach that milestone with Brophy and Mountain Pointe to close out the schedule.

“This year is not over,” De La Torre said. “But next year we will have four years into the process. This year I am very proud of this team. We have had great senior leadership and I hated to lose this game (and possibly a winning season) for those kids. You always have to be loyal to the older kids and they are big reason why we have done well this year.”

Photos from @CoronaDelSolHS football. The Cinderella of the high school football season. https://t.co/8478Zjhnu7
View on Twitter
0
3