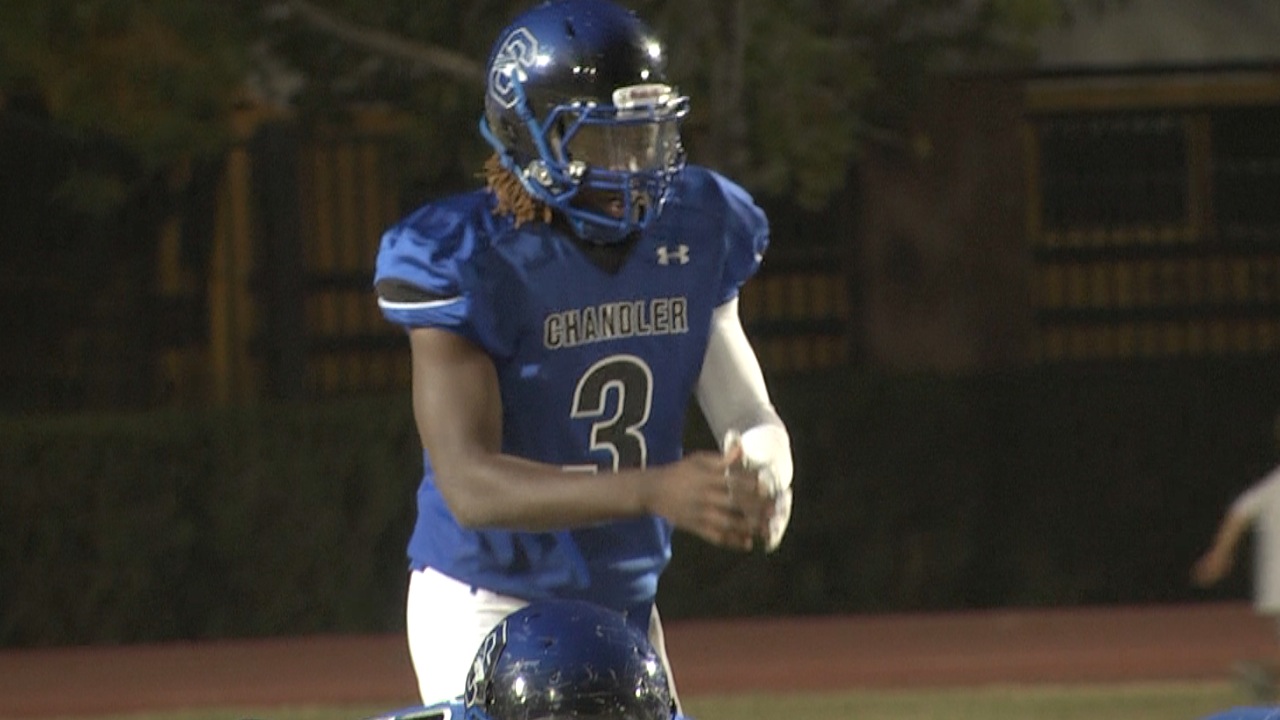 Chandler arrives in Colorado todays for Friday night’s game against five-time defending champion Valor Christian. While the Wolves are receiving a chilly reception from the weather, some locals are welcoming the Wolves’ presence in central Colorado, and hoping they head back to Arizona with a victory.

It’s not uncommon for people to get tired of the success of another. There are plenty of high school football fans in Arizona that have become fatigued of the dynasties of schools like Hamilton and Chaparral. Colorado is no different. Valor Christian won their first championship at the 3A level in their third year of existence, and they’ve rattled off four more championships in a row since then despite reclassifying up a division twice.

I reached out to a few local coaches about what it’s like to play against Valor Christian, and whether or not they’d be rooting for Colorado in the interstate battle, and found that more than one wouldn’t mind if the Eagles took a loss on Friday night. One coach, after asking me to keep him anonymous so that “VC wouldn’t try and throw on us while up 30 in the fourth,” said that it’s all a matter of not having the security of knowing your players won’t leave for Highlands Ranch, as private schools are technically allowed to recruit.

Daniel Mohrmann, writer for the CHSAA (Colorado’s version of the AIA) had this to offer on Valor’s relationship with the public schools they compete against-  “Private schools in Colorado are tricky because they can essentially poach talent away from the public schools, a practice that not everyone agrees with. There are certainly those within the state that are not fans of schools such as Valor. Keep in mind that during the 2011 NFL lockout, the Denver Broncos went looking for a field and some facilities that would best serve them until they could back into team headquarters at Dove Valley. They didn’t go to Boulder to CU’s facilities, they went to Valor Christian High School. As an outsider looking in, it was both impressive and concerning that a high school was capable of housing an NFL team.”

The Eagles have been the home of former Broncos great Ed McCaffrey’s three sons, the youngest of which, Dylan, hopes to be fully recovered from a concussion and able to start against Chandler on Friday. The Eagles also have former Bronco Brian Dawkins on the sideline as a defensive assistant, helping to coach his son, Brian Dawkins Jr, as a starting defensive back.

Chandler is the Eagles’ third out-of-state opponent of the year so far, and as is the case with Las Vegas Bishop Gorman, it seems to be a trend that they’ll continue. The out of state games, age of the school and lack of a true in state rival all work to further separate Valor Christian from their public and private peers here in the Rocky Mountains of Colorado.

“I’m hoping for a good game,” the coach who had requested anonymity stated. “But it wouldn’t break my heart to see the Eagles lose.”