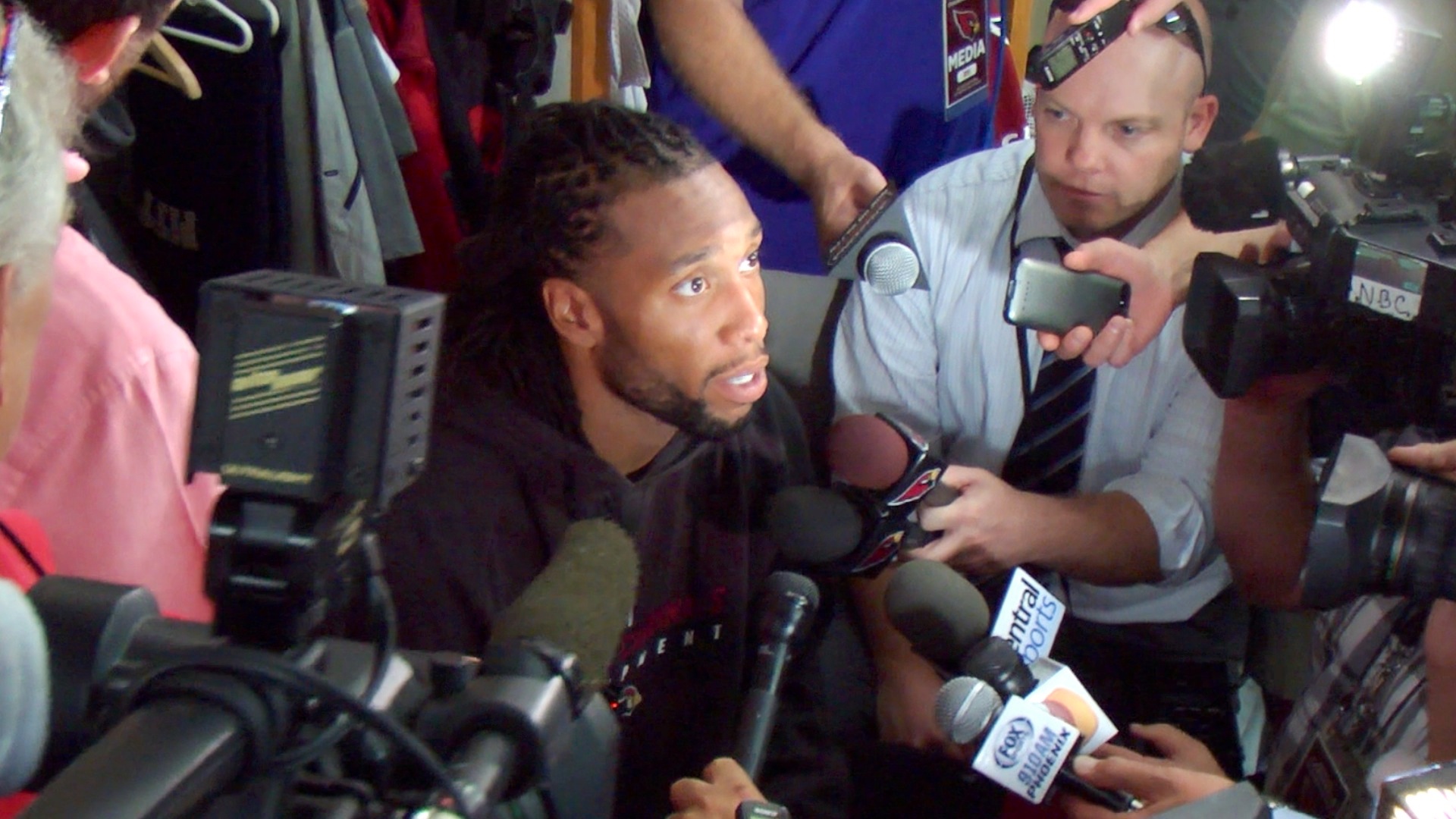 Larry Fitzgerald, SR. did what nearly every father would do Tuesday.

He protected his child.

Problem is, when your son is one of the most productive NFL receivers over the past half decade and catches only one pass (targeted just four times in Carson Palmer’s 37 pass attempts) in a nationally televised season opener, people take notice.

Being a receiver you can work hard run all game and your dependent on the coach calling your number.And the quarterback getting you the ball

The world saw on Monday Night Football the politics and business of football.If its been decided that you are not getting the ball just win

Larry Fitzgerald instantly tried to defuse the situation taking to twitter himself with a message for his father, the Cardinals organization and the rest of the NFL.

My fathers inflammatory comments dont reflect my feelings or mood. We’re 1-0 & working tirelessly to be 2-0 this week thats my only concern.

Thursday after practice Fitzgerald openly discussed the situation for the first time as the Cardinals (1-0) prepare for their first road game Sunday in New York against the Giants (0-1).

“It’s hard to make news with one catch,” the 31-year-old Fitzgerald said with a chuckle. “My dad seemed to find a way to make it.”

His jovial tone changed when asked if he feels his role is changing in head coach Bruce Arians’ offense.

“It is what it is,” he explained. “I just try to come to work everyday and prepare the best I can and get ready for the game. Same approach I’ve always taken.”

Some believe this is merely the tip of the iceberg and the Cards will continue to look towards their younger core of receivers, specifically Michael Floyd and rookie John Brown, as the season plays out. Offensive coordinator Harold Goodwin believes the Fitzgerald “drama” is overblown.

“The whole thing about last week, you have to understand,”  he said. “When the pass is called…if Fitz is out there he’s got a chance to catch the ball. It’s up to the quarterback to get it to him if he’s open. We love Fitz. He’s going to be a part of our team and that’s what we’re rollin’ with.”

Fitzgerald says there are no hard feelings towards his dad putting him in the spotlight with his twitter rant.

This story could add another chapter Sunday in the Big Apple.

After an interception and deep return by Koltan Cortez @LibertyFBLions ties it up as Brock Mast hits Grant Brunelle over the middle. 7-7 5:41 to play first quarter. #FridayNight360AZ
View on Twitter
1
0

After a long drive, Thompson was picked off by Hayden Myers. 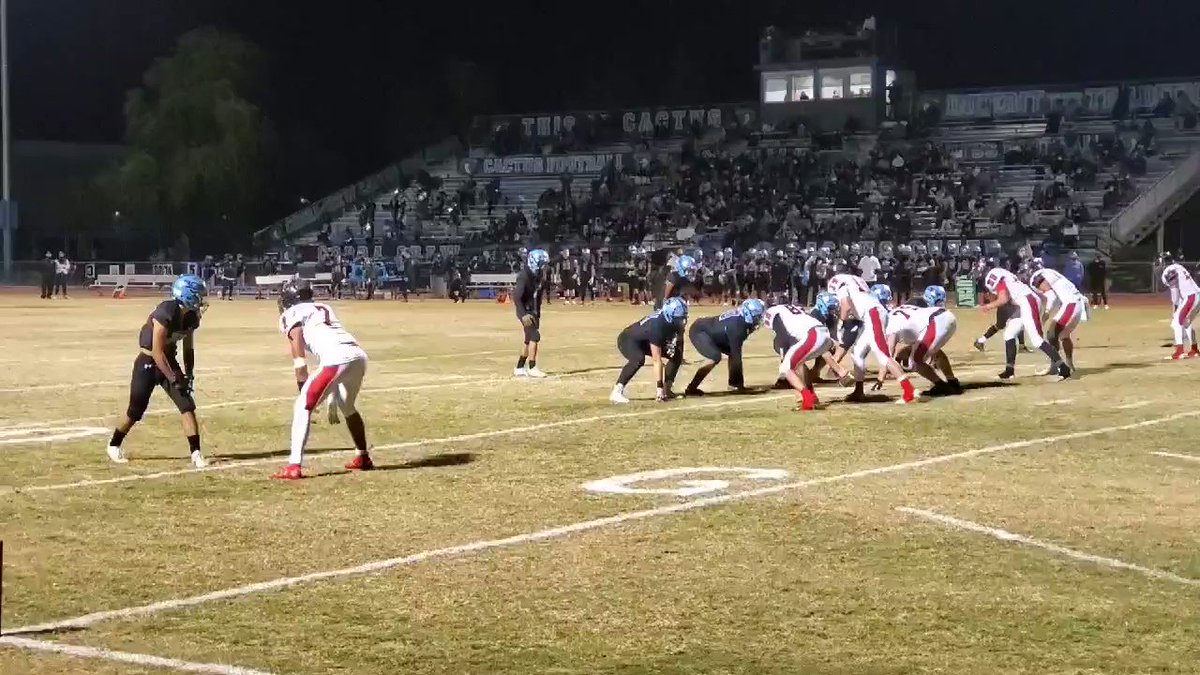 . @Rpctwo breaks free and goes 39 yards to the house! Huskies up early.

Deep ball from the Coyotes gives them the early TD against the Lions. 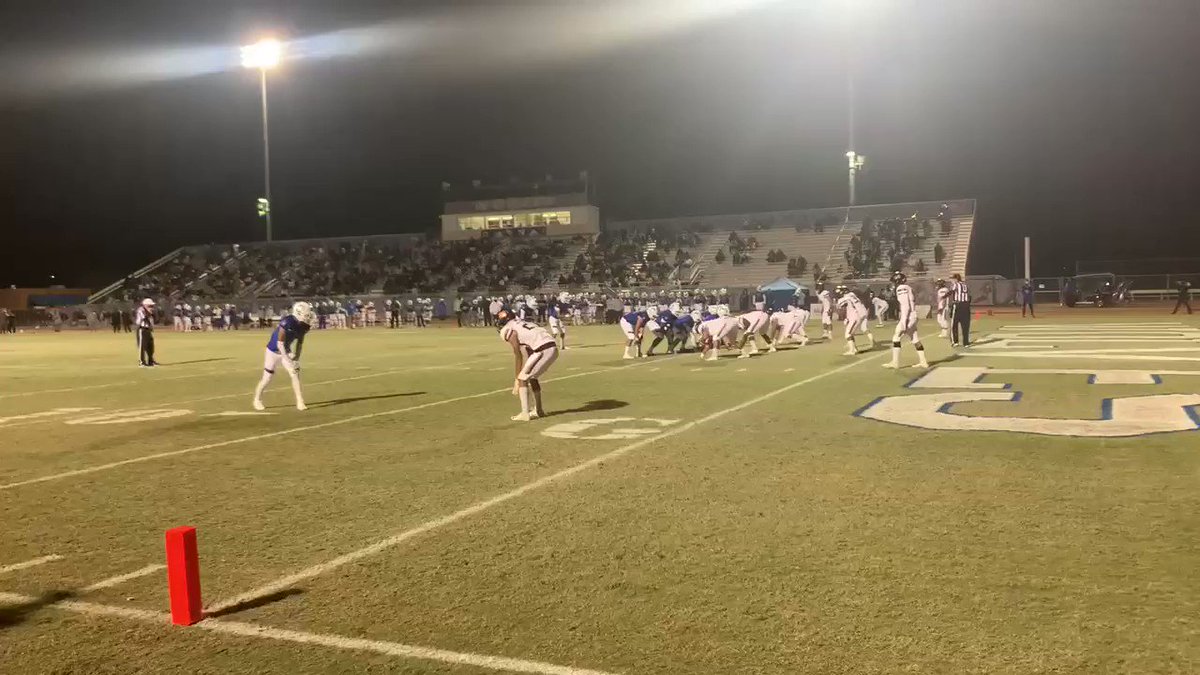 . @trent_scott2 punches in a rushing touchdown from a few yards out to put the Jags on the board. 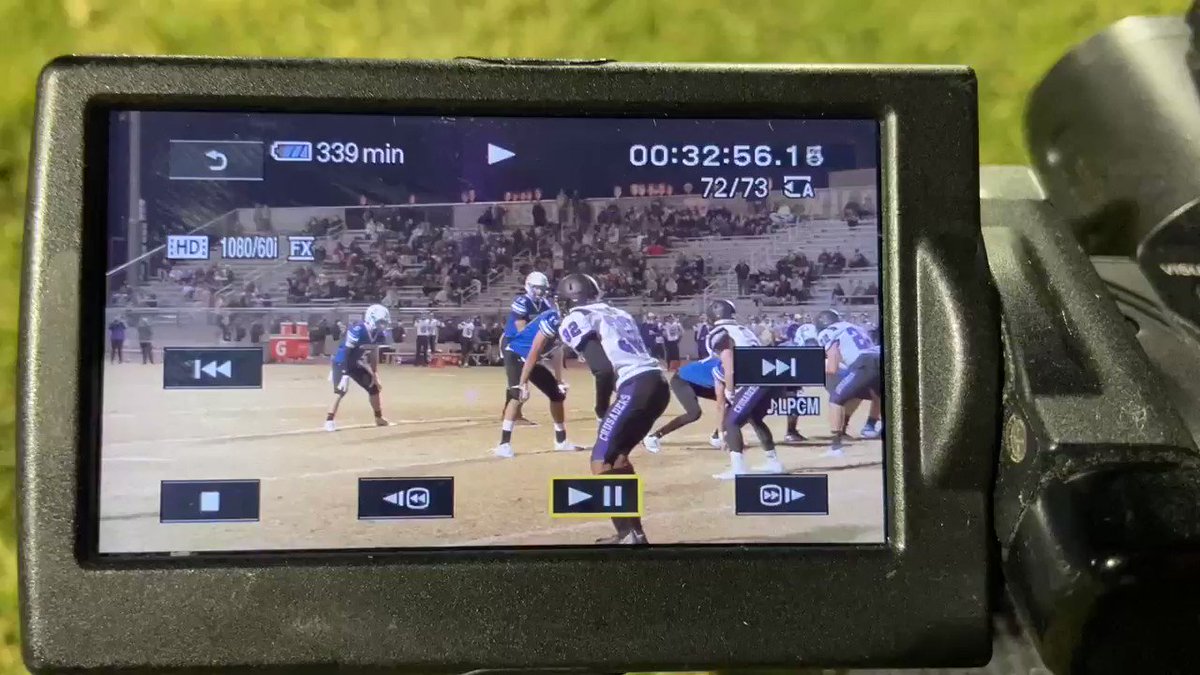