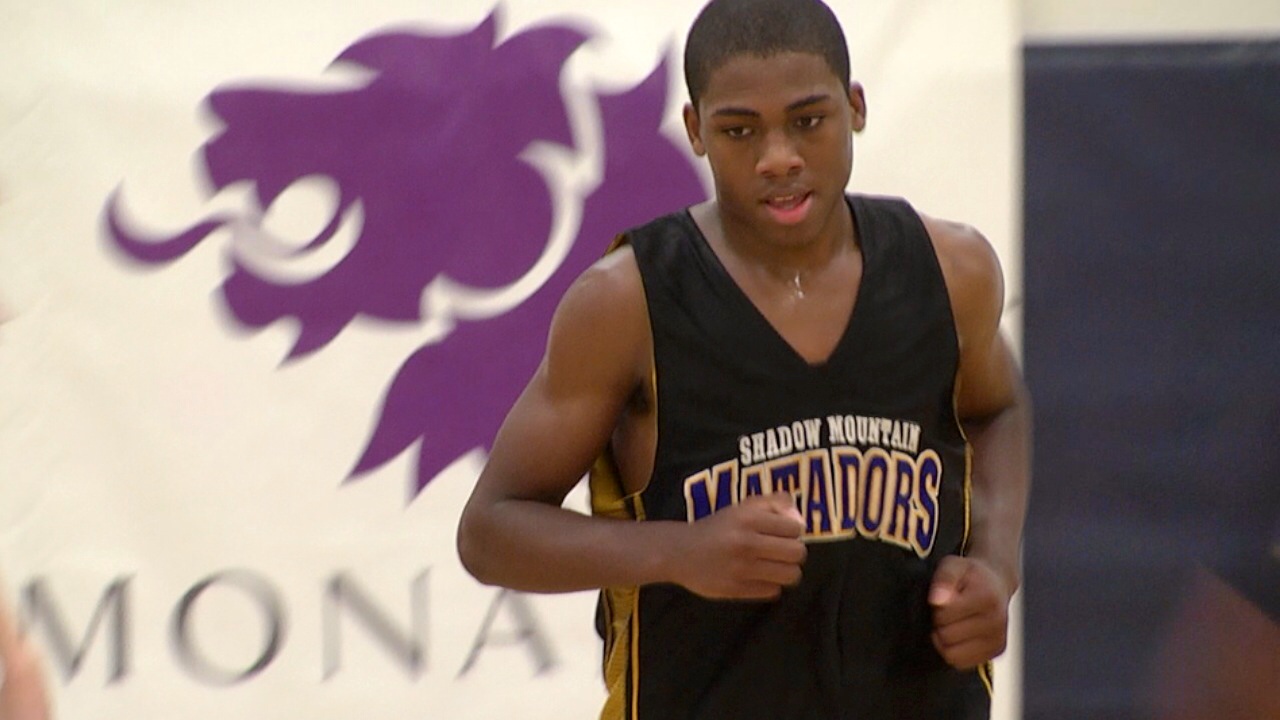 Shadow Mountain basketball knew they had something great brewing when the great crew of freshman which included Michael Bibby Jr., J.J. Rhymes and Carlos Johnson arrived on campus. After just two years into their high school careers, they already have one state championship under their belt.

“We have a big target on us and that is every single game,” Rhymes explained. “Everybody is going to give us their best game and what we have to do is get into the gym everyday and work hard and get better.”

Rhymes individually has noticeably been putting in the work since we saw him last back in February. His arms look bigger and looks like a stronger and more durable player in every facet of the game.

“Just getting stronger,” Rhymes said. “Just been working with my assistant coaches on body training, lifting and all that.”

Rhymes has had to step into a leadership role as well. Rhymes for the most part has been more of a softer spoken guy that let his play do the talking. But last April, the vocal leader of the team, Michael Bibby Jr., went down with a torn meniscus in his knee and has been sidelined all summer.

Since, Rhymes is noticeably much more vocal on the floor with the young Matadors on the court and is trying to learn and take his game to another while seeing his good friend and teammate have to deal with the rehab process.

“I miss him a lot,” said Rhymes. “He brings a lot to the table for our team. He’s the leader of the team, he controls the whole game and we just miss him. I hope I am never in that situation but it is just hard and we are going to have to fight through it until November.”

Schools at the next level are taking notice of Rhymes and his development on the court. He recently picked up his first division I offer from Grand Canyon University.

“That first offer means a lot,” Rhymes mentioned. “It brings more attention to you and Dan Majerle is great. He’s a wonderful coach and (T.J.) Benson, he’s great.”

Shadow has quite a few new faces on the team including impressive looking transfers from Texas and Ohio. But with Bibby out, it will be up to Rhymes to shoulder the load to make sure the Matadors gain chemistry on the floor to attempt to repeat as state champions.