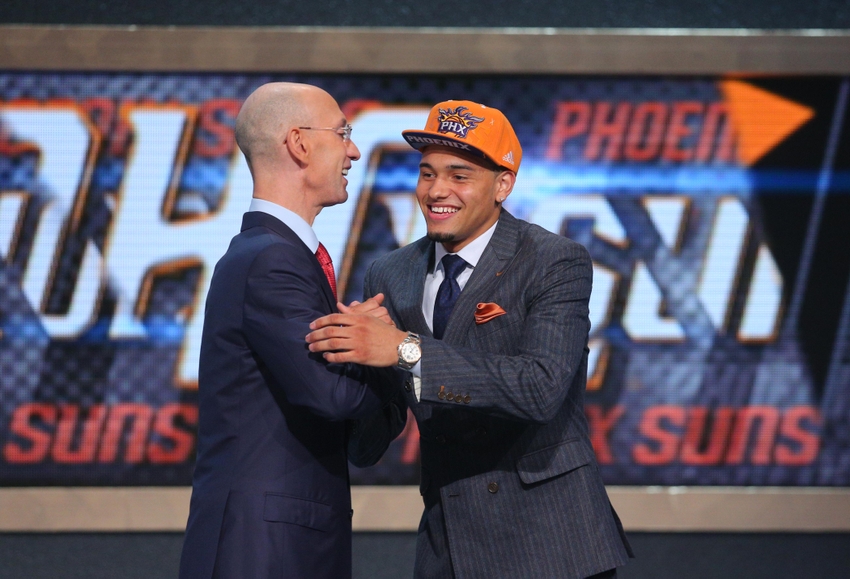 Don’t let his boyish looks and sheepish grin fool you.

The Phoenix Suns’ rookie point guard appears wise beyond his years on the court and off.

Much like a fellow Canadian by the name of Steve Nash who won a pair of MVP awards and numerous other accolades during two different stints with the Suns.

So is it safe to say Ennis was influenced by Canada’s greatest NBA export growing up Brampton, Ontario?

Ennis won’t go so far as to say he patterns his exact game after Nash but both prefer the team-first mentality when running an offense. It’s a style which has suited Nash quite well during his 12-year NBA career which has included eight All-Star and three All-NBA first-team appearances.

“I can see where people see the similarities,” he told Cesmat. “A guy who sets other people up. Makes other people better…I definitely watch a lot of Steve Nash tapes.”

Now the 18th-overall pick will have a chance to showcase his own skill-set in Phoenix playing in and learning from a backcourt featuring Goran Dragic and likely Eric Bledsoe-two young, polished players in their own right.

Ennis also has the blood lines of a basketball family. His father Tony McIntyre starting coaching at age 20 and his two older brothers both played in college.

“I had a basketball in my hands from probably age four or five.”

The Suns and their fans are hoping for that perfect storm for their new teenage point guard.