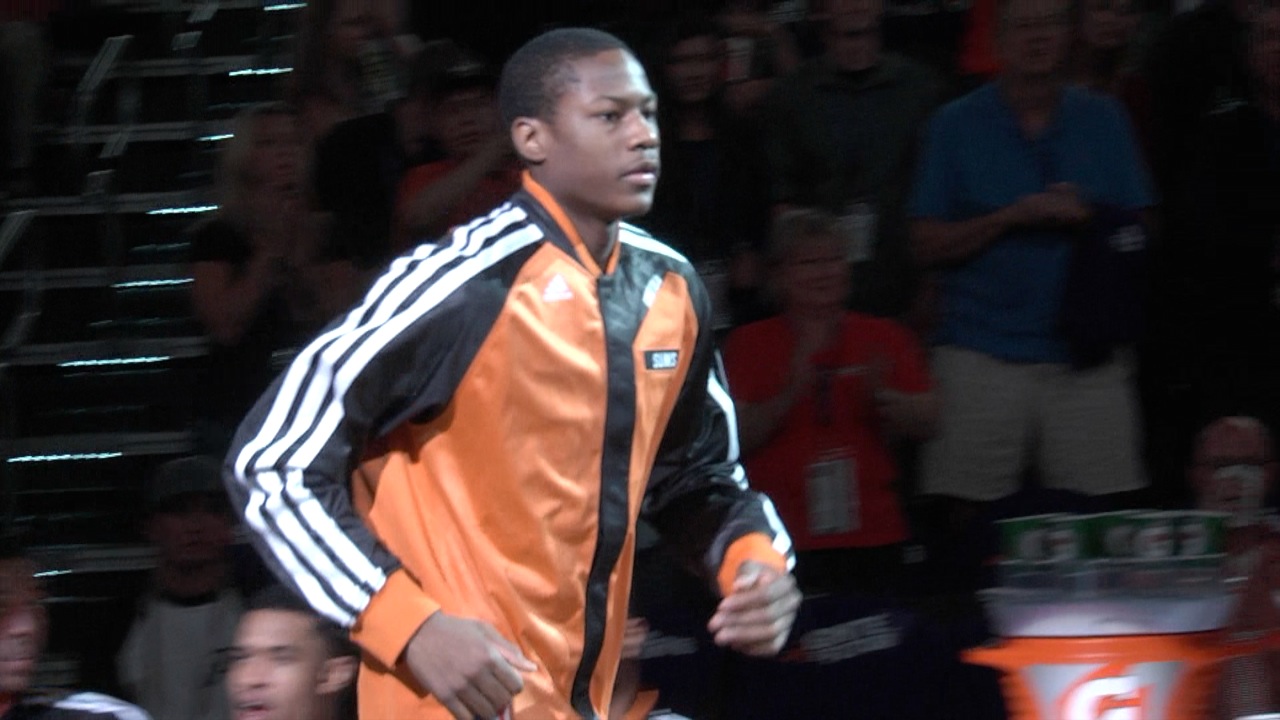 The 2013-14 season was a big learning experience for 19 year-old Archie Goodwin. Getting drafted in the first round after one year in college at Kentucky, adapting to a new city that he had never been too before being drafted by the Phoenix Suns and learning the ropes of being an NBA player which included a trip to the NBA Developmental League for a short stint.

After playing a total of 52 games as a rookie, Goodwin has big plans this offseason to take a big step forward for his sophomore season with the Suns. Here is a question and answer session with the young Suns guard after his rookie season came to an end.

Accessing your first year in the NBA:

“I think it definitely had it’s ups and its down both as a team and individually. Going from playing some to not playing at all and then for us to be winning and then having a couple games that we lost that we should have won. Overall I thought it was a really great learning experience for us.”

Your mindset during the times you didn’t see much game action:

“I just had the mindset of knowing I was going to be put in an opportunity where I have a chance to show what I can do. So I plan to take full advantage of it, work out hard this summer and get my body right, keep getting better, keep getting stronger and keep the same killer mentality that I have and carry it over to next year.”

Learning from the older guys in year one:

“Watching these guys play have been a huge help. Especially the guards who attack. I am an attacking guard myself so for me to watch them play, a lot of that has to do with seeing the things that they do.”

Adding size and weight for next year:

“I am trying to add weight now. It’s so hard because my metabolism is so high. If I miss one meal, I won’t gain anything. So I have to eat like a pig to even gain weight right now. As I get older, I feel like weight will come on naturally but for now, I hope to keep my slim frame but just add a little bulk to it and get stronger.”

Looking back are you happy with decision to be one-and-done at Kentucky:

“At the end of the day, this is what I wanted to do with my life since I was eight years-old. Being in school wasn’t going to help me anymore. There wasn’t really anything left for me to do besides winning a national championship. That would have been great, don’t get me wrong and I really credit those guys for getting there this year and what they did with that team this year was phenomenal. I was cheering them on the whole way, I was their biggest fan. But for me personally, I just felt like I knew what I wanted to do with my life.”

His career goals moving forward and how he plans to work towards them:

“I feel like I can be one of the best to every play this game as long as I just continue to work. And for me to only be 19 and have a really bright future ahead of myself as long as I continue to work, listen to the coaches, do everything they are telling me to do and the rest will take care of itself.”