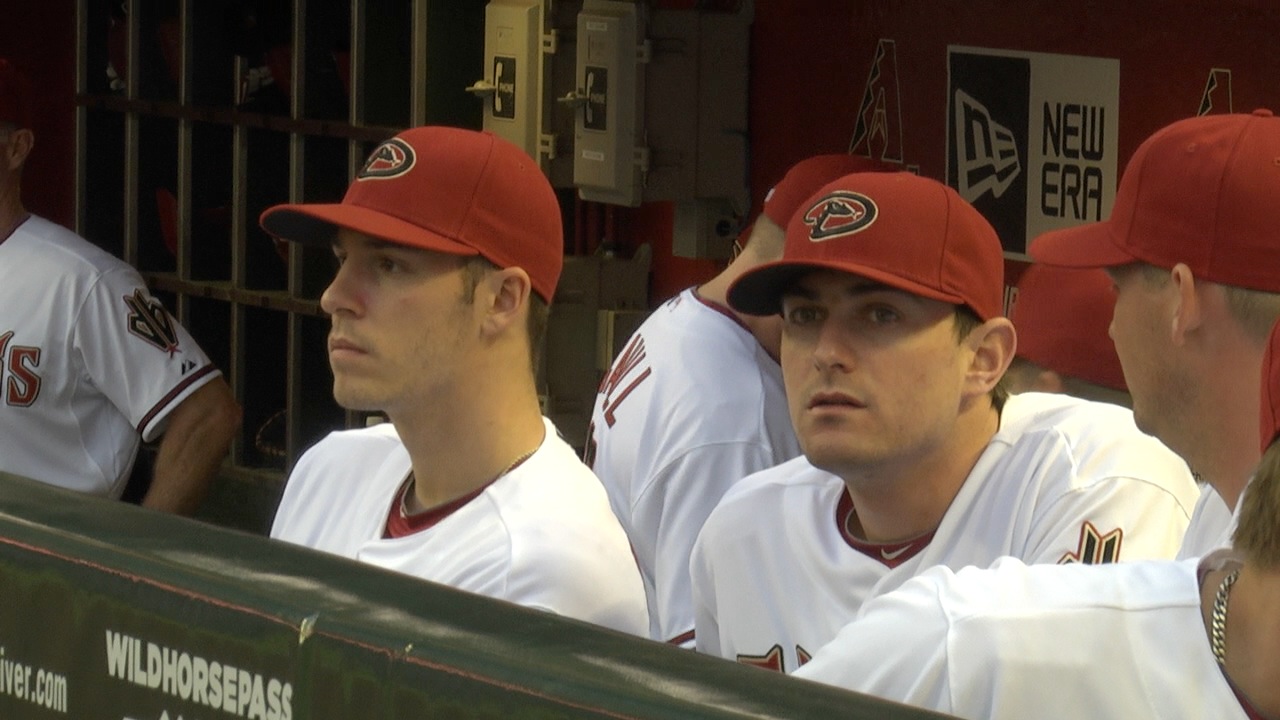 There is an old saying that “obstacles are things a person sees when he takes his eyes off his goal.”

Given the significant adversity Arizona Diamondbacks starting pitcher Daniel Hudson has had to endure over the last two years, it would be reasonable for him to have long lost his goals in baseball.

On June 4th, 2013, during his rehab from his first Tommy John Surgery, Hudson suffered a devastating set-back.  In his first inning of his first start for Double-A Mobile, he clocked 95 MPH on his fastball, but by the second inning, it all went wrong.  It started with stiffness in the surgically repaired elbow and was later found to be another partial tear of that UCL in his elbow.  He had to undergo a second Tommy John Surgery, and his dreams for taking the mound in 2013 and even 2014 were evaporating.

“I was in a really dark place there for a couple days,” Hudson said. “I didn’t even want to come to the ball park, I didn’t want to see the guys, I didn’t even really want to leave my room. It was just the worst feeling I’ve ever had in my life.”

Fast forward to the Diamondbacks Opening Day for the 2014 season and Hudson is right in the thick of his second rehab from the surgery. He has seemingly risen from the ashes and there is no sign of his demoralized outlook from one year earlier.  Rather than focusing on what he has lost, he is single-minded in his quest to get back what he once had.

“It’s just my love of baseball,” Hudson stated. “I just want to be out there so badly with these guys competing. It’s two straight opening days that I won’t really even be thought of as part of the roster other than when they announce number 41, Daniel Hudson. But it is what it is and hopefully next year will be different.”

The process for Hudson to get back onto the mound for Opening Day 2015, if not sooner, has been a very routine oriented endeavor. He shows up at the facility, day in and day out, and does his work.  On some days, he throws hard, testing his surgically repaired elbow, and on other days his throwing is less but his physical conditioning is taken on as a mission.  “It’s just kind of how I feel day-to-day,” he explained. “When you’re this far along in Tommy John rehab you have to be that way and play it by ear.”

Having to go through this rehab ordeal all over again has been hard for Hudson.  It has also been a great learning opportunity as he has made many self-discoveries about commitment, resolve and attitude.

“I’ve learned that I’ve been more patient than I thought I’d be,” he mentioned. “It’s a rough situation that I’ve been in but like I said when I got hurt again, a lot more people out there have it way worse than I do. So I just have to put my nose to the ground, get it fixed and try to get back out there as soon as possible.”

Since Hudson has not been part of the day-to-day life as a member of the Diamondbacks, it could have been easy for him to feel disconnected from the “clubhouse.”  However, the opposite has been true.  He has been like a cheerleader for his teammates and mentions often that playing for this team with these guys in particular has prevented him from feeling that disconnect.

“These guys have been great,” Hudson said. “Making me feel part of the team even though I haven’t pitched in like two years. It just shows the character of these guys and I am proud to be in the dugout with them.”

Sadly, Hudson isn’t the only one sitting in the dugout dealing with the uphill climb of the Tommy John rehab. Patrick Corbin and David Hernandez both sustained UCL tears and are at the beginning of the process. While unfortunate, this allows Hudson to be part of the team and lead by being there to help both Corbin and Hernandez on the journey back to the mound. Without even one inning on the mound this year, this would make Hudson a valuable teammate.

“I know how it feels to have guys come up to you and ask you how you’re doing every single day when your arm is in a sling or in that brace,” he explained. “They know if they need any advice or anything like that I am here for them.”

Tommy John Surgery has been around for decades.  It has been a cure to what was previously a career-ending injury.  Unfortunately, the number of pitchers requiring this major procedure has been on the rise.  There are reports that 26 players required the surgery in 2011, 46 had the surgery in 2012, and 23 had to go under the knife in 2013.  This season is off to an alarming start, with young pitchers such as Corbin, Hernandez, Jarrod Parker of the A’s as well as Kris Medlen and Brandon Beachy of the Braves each going down during spring training.

Like Hudson, Medlen and Parker are now dealing with this process for a second time.  He has researched the rate of occurrences of UCL tears and has found that there is just no good answer to the simple question of ‘why?’ But he does offer this opinion:

“It’s hard to just point to one thing and say this is the reason why guys are getting hurt or why the UCL’s aren’t holding up like they used too,” he explained. “You can look at how hard guys are throwing now-a-days or how often they throw and it can just be anything. Hopefully, it’s just a bad rut that pitchers are in. We can go into next spring training and not have a Tommy John Surgery for a year or two and you just never know. It could be just a string of bad luck for guys.”

Hudson has used his time off the field to assess this year’s D-Backs team.  He sees a lot of change with this group and thinks that change is a good thing.

“It’s definitely a different looking team than the last couple years,” he stated. “But I think that’s what makes everybody excited. There is athleticism up and down the lineup. We brought in Trumbo to hit behind Goldy and Miggy. It’s going to be exciting. Hopefully we can get guys on base for those guys and the back end of the bullpen is going to be strong– a lot better than last year hopefully and I think the starting pitching is also going to be solid.”

As for Hudson himself getting back out on the field, the All-Star break seems to be a tentative goal for his return. That was the case last year when he was rehabbing the first time around. But based on how things transpired, he is just dealing with each step of the process as it comes.

“I really don’t have a timetable at this point,” Hudson explained. “If it takes me an extra month or if I’m not healthy at all, maybe we just throw it in the bag and get ready for spring training next year. It’s day-to-day and we will just see how it goes.”

That drive and motivation that Daniel Hudson has possessed should serve as an inspiration not only to those in on his team, but to young people looking to carry out their dreams as well. At any moment, the dream could encounter a major hurdle, but it is how you handle it that will decide whether or not it can become a reality.

Hudson still has a long way to go, but it’s that love for the game and his ability to “keep his eye on the ball” that has him coming back every day to continue his life-long dream of being a professional baseball player.