The season that wasn’t supposed to be and became the season that almost was has come to an end.  The 2013-14 Suns were expected to struggle to achieve even last year’s record of 25-57.  Many were picking the Suns to be among those who would be competing for the draft rights to such players as Andrew Wiggins, Jabari Parker, Joel Embiid, Aaron Gordon and Julius Randle.  But the Suns apparently did not read the headlines from before the season.  They nearly doubled last season’s win total and put a product on the Court that both the dedicated and casual fan could enjoy.  So, what do I take away from this season?

1. The Dragon is a natural leader–  Goran Dragic has game, but more importantly, he is a natural leader.  He puts it all out there on the court and leads by example.  When first drafted in 2008 (#45 overall by San Antonio but immediately traded to the Suns), he was seen as an adequate role player or piece to a bigger puzzle.  I don’t think anyone thought that this slightly-built boyish guy from Slovenia could be the face of a franchise.  Yet he can.  What was most telling about how he is viewed by other players occurred just after the buzzer in the playoff ending loss to the Memphis Grizzlies last Monday.  As the cameras stayed focused on the court, virtually every roster player for the Grizzlies lined up to give Dragic a hug.

2. The Two Headed Monster Will Live On- At the start of the season, Coach Hornacek elected to start both of his point guards.  This was a move outside the mainstream, similar to starting two big men in what became known as the Twin Towers, when Ralph Sampson played alongside Akeem Olajuwon with the Houston Rockets.   The experiment worked.  Rather than a battle for the ball and running the offense, both Dragic and Bledsoe showed capability at playing either the 1 or 2 guard position during sequential plays on offense.  When one would get the outlet pass from the big men, the other would streak up the court.  Their combined scoring numbers rivaled many of the top backcourt tandems around the league while their combined assists were among the elite of the starting backcourts.  Further, particularly Dragic, they showed that each of them could guard a usually bigger, more physical guard on the opposing team who was playing the 2 guard position.  Not only do I expect this system to continue, I predict that many other teams will develop their roster to include their own version.

3. No Nap Time For Bledsoe–  I share the opinion of many that Eric Bledsoe is a star and can become the foundation for a perennial playoff contender.  He does it at both ends of the court, and I have marveled at his quickness in shutting down passing lanes on defense, followed by his speed going the other end to find openings in the defense that few others could penetrate.  For him to become truly elite, however, he cannot take certain plays off.  I watched repeated examples of him planting his feet near the elbow (corner of free throw line in the lane) and becoming a spectator as players off the ball penetrate or charge in for a rebound.  While these plays are infrequent, they can be game changers for a team that never quits and is almost always in the game until the last buzzer.

4. The Biggest Little Trades in the NBA–  Ryan McDonough made two trades soon after arriving in Phoenix, and neither was an earth-rattler.  Yet both trades are showing signs of genius- First, he traded center Martin Gortat to Washington for the expiring contract of Emeka Okafor and the Wizards’ 2014 first round draft pick (presently positioned at #17 in this year’s draft).  As much as Gortat was liked by the Phoenix fans, few people missed his presence this past season, particularly with the more than adequate play of Plumlee at the center position (whose scoring and rebounding numbers were just slightly less than what Gortat recorded last year).  The fact that there were virtually no Okafor sightings this past season is not the best evidence of his value.  His expiring contract now gives the Suns much greater cap room for this coming season.  Second, McDonough traded Luis Scola to Indiana for Plumlee, Gerald Green and the Pacers’ 2014 first round pick (positioned at #27 in the draft). The brilliance of this trade is not yet fully known but consider the following:  While Scola played in Houston, he was a Suns’ killer, averaging almost 18 points per game in the three prior seasons.  That made him a very attractive addition to the Suns, but upon arrival, he proved that his success against the Suns was not to be replicated against other teams.  During his one year in Phoenix, his numbers dropped in scoring, rebounding, field goal percentage and minutes played when compared with the three prior three seasons.  After being traded by McDonough to Indiana, Scola’s name has rarely been spoken in Phoenix.   For that matter, it is rarely spoken anywhere as his minutes have dropped significantly in Indiana and his average points per game (7.6) is about half of career scoring average.  Meanwhile, Plumlee has proven to be a good piece to the bigger team building puzzle and Green has shown that he can be a front line scorer in the NBA.  This past season, Green averaged 15.8 points per game, which is about double his prior career average since entering the NBA.

5. The Blockbuster–  The Suns not only have a great foundation for the future with their young talent, they are also sitting in a position rarely seen for NBA franchises.  They have three first round draft picks (#14, 17 and 27) as well as mid-second rounder in a talent-rich draft.  (They have a one-half of one percent chance at the number one pick overall in the lottery, so I won’t belabor that point).  There is a chance that the Suns will package some of these picks (as well as one of the multi-first round picks they have next year), so as to move up in the draft and nab one of the superstars to be.  Alternatively, the team has cap space from Okafor’s contract along with money that can be freed up if Channing Frye is not signed to an extension.  Estimates are that the Suns will have between $13 million and $19 million available under the cap, even after they sign Bledsoe to a long term deal.  This money can be spent on free agents, such as Greg Monroe of Detroit, Gordon Hayward of Utah or Luol Deng, now of the Cavaliers.  I think it is far more likely that a combination of draft picks, expiring contracts and a few current roster players will be traded in exchange for a front line star, such as Kevin Love.  Either way, there will be a blockbuster deal well before next season’s Suns report to training camp.

Phoenix is a major sports market but it is not a great market.  For the three other major sports, fans are hard to acquire and they are easily lost.  The Coyotes are still trying to feel more like a homeowner than a renter, despite being in this market for 18 years.  Since the Cardinals moved to Arizona in 1988, the combined empty seats that the Cardinals played before is greater than the total number of Cardinal jersey clad fans who have attended their games.  Yes, attendance is way up since moving in to the University of Phoenix Stadium, but it is the new stadium and signs of improvement that have contributed to that increase in attendance.  If the team returns to mediocrity, there is a good chance that the empty seats will return and visiting team jerseys will outnumber Cardinal jerseys.  The D-Backs have placed a good product at times and a bad product at times on the field.  Yet regardless of the end of the spectrum, attendance has rarely been greater than half-capacity during each game of each season.

The Suns have been an exception.  Up until a few seasons ago, the Madhouse on McDowell followed by US Airways Center was filled nearly to capacity year in and year out.  Over the past few seasons, even the most loyal had trouble attending to watch a team that had no identity and no long term plan.  The franchise hit rock bottom toward the end of the 2012-2013 season, with great seats being sold outside the arena for pennies on the dollar.  Enter Ryan McDonough and Jeff Hornacek and their master rebuilding plan, and the fans returned in droves.  The crowd at last week’s Grizzlies game was as supportive as the fans from the golden age of Barkley, KJ and Thunder Dan.

Lockers have just been cleared out, yet most of us long-time Suns fans are already looking forward to next season.  What a difference a year makes!

Prepared to improve on their historic @NAIA Quarterfinals run last year, their national tournament hopes came to an abrupt end due to COVID-19 concerns. 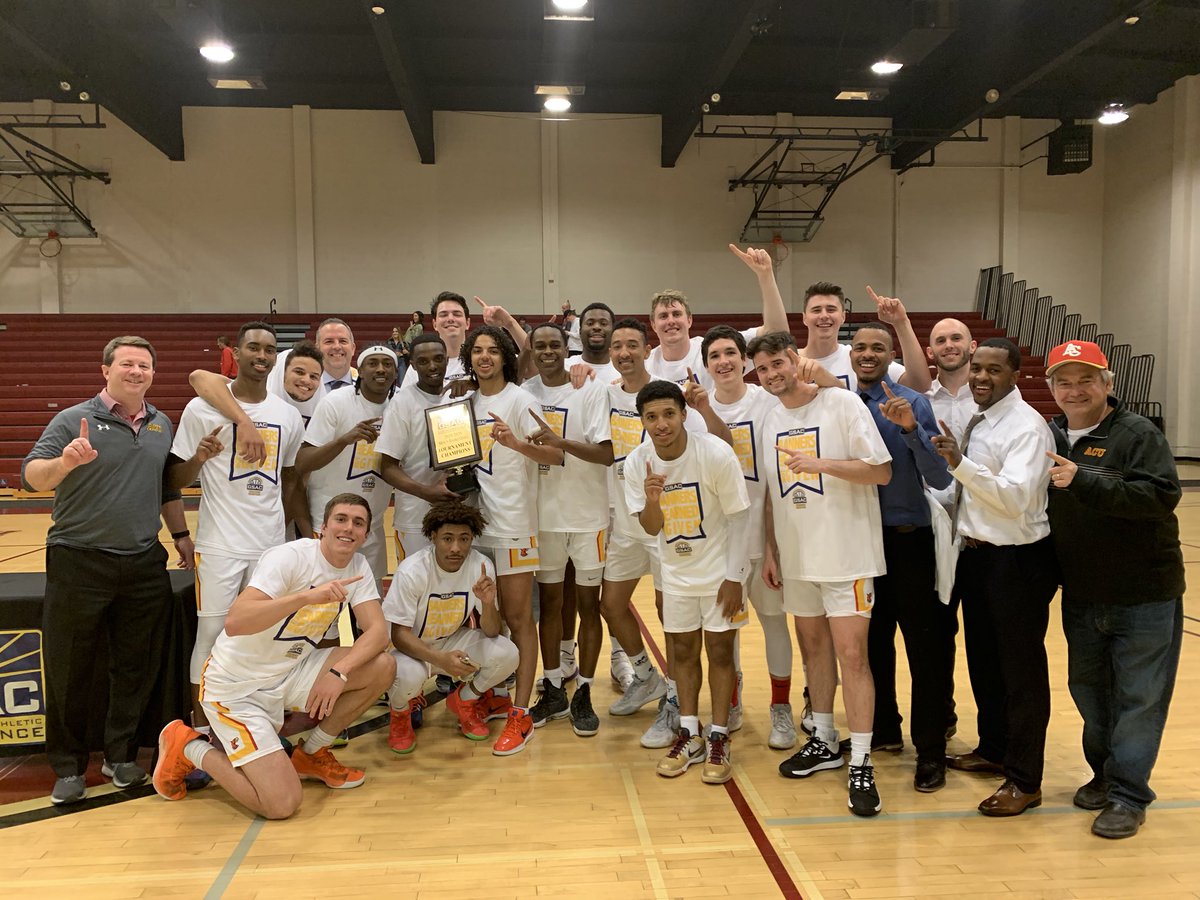 "Liberty is such a special place to be a part of. Coach Smith is an amazing coach and friend and I look forward to continuing the great traditions that he has instilled and carried out the last five years."

Colin Thomas is the new head coach at Liberty.

While sports are on hold, you can still nominate student-athletes for our All-Academic Teams for the following sports:
- Soccer
- Basketball
- Wrestling

The deadline is April 2nd. Thank you to @VeneziasPizza & @IBew640 for their support. 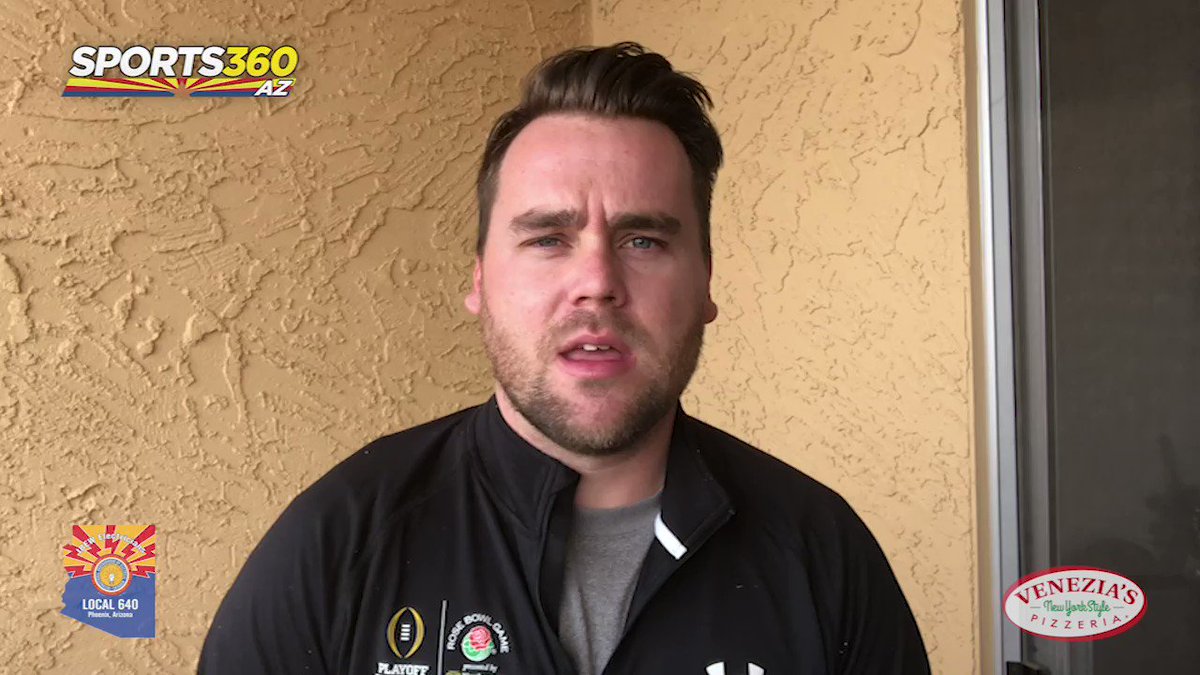