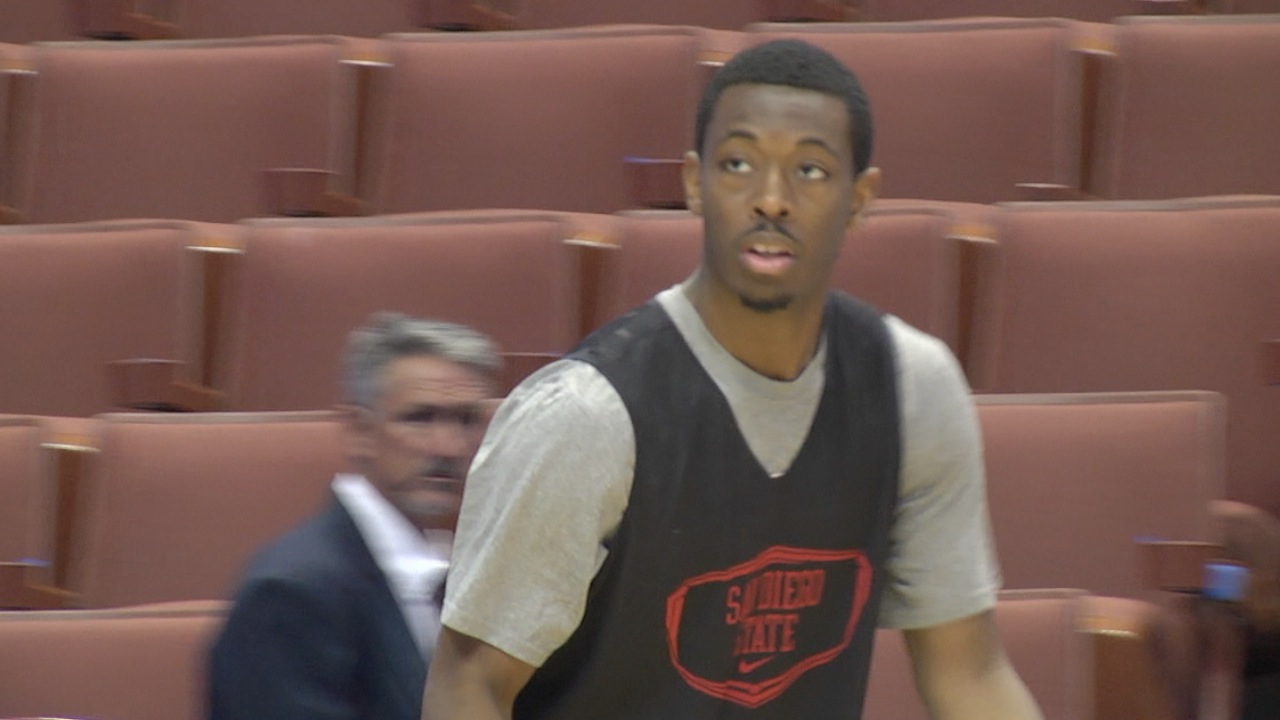 From the blustery winters with bone-chilling temperatures of eastern Washington to the mild, laid back lifestyle of southern California, it seemed like a no-brainer for the Mountain West Player of the Year.

Thames’ late college basketball career has been as bright as the San Diego sunshine as he leads San Diego State (31-4) into their west regional semi-final matchup with top-ranked Arizona (32-4) Thursday evening at The Honda Center.

After transferring back to his home state in 2010 he’s improved steadily each season at SDSU. This season Thames averaged just over 17 points per game. That number has swelled to over 26 in the Aztecs two tournament-opening victories.

“He’s been sensational,” head coach Steve Fisher explained. “He’s had stretches where he’s been as good as anybody in America.”

The 6’3 sharp-shooter appreciates the opportunity presented by Fisher.

Thames will be certainly be a focal point for Arizona and head coach Sean Miller who witnessed the Sacramento native almost single-handedly keep the Aztecs in the two teams first meeting, a nine-point road win for UofA back in mid-November. Thames finished with 19 points.

The Wildcats and Aztecs are set to tip-off Thursday night at 7:15.